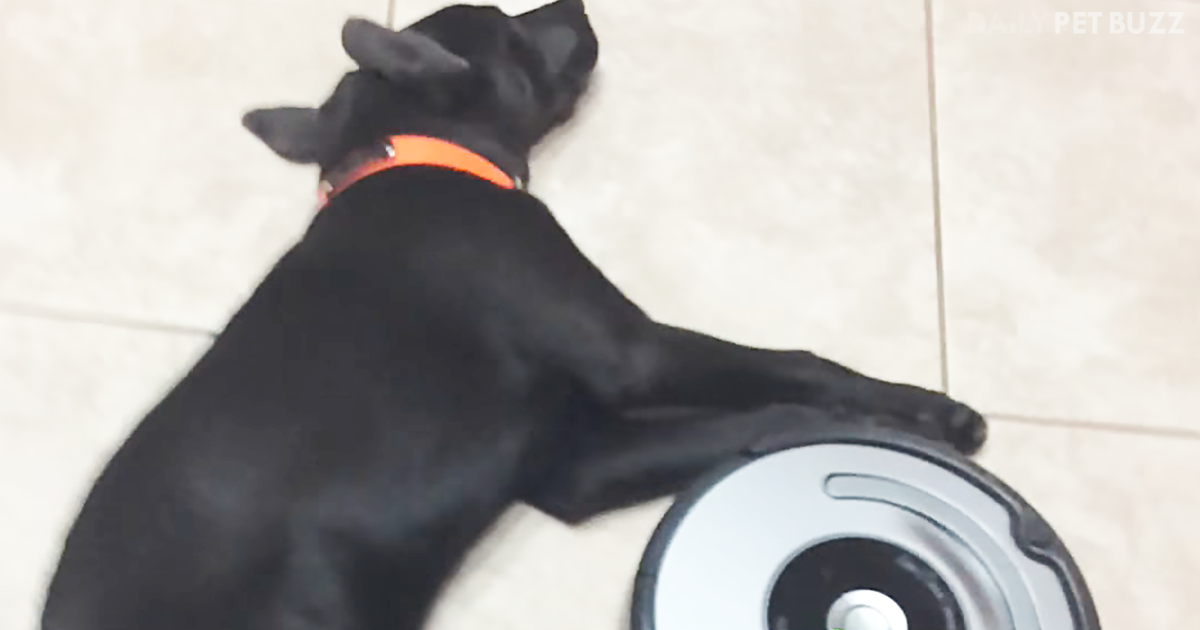 One of my favorite things to watch on YouTube are animals interacting with a Roomba. The best one, although it’s mean, is where a cat is riding on one and passes by a dog. The cat smacks the dog on the muzzle; the Roomba moves away while the cat licks his paw, and then it comes back for a second go-round of ‘SMACK!’ I’d have to say that this video here is now a close second on my list.

We see Gauge, a black lab puppy, sprawled out in the middle of a kitchen. A Roomba, which for those who don’t know, is a robotic vacuum that goes from room to room cleaning. It looks like a hubcap gone rogue. It’s bumping up against Gauge, but this pooch doesn’t budge an inch, forcing it to go around him in certain spots. If he gets up later, it’s going to look like a chalk outline of a dog.

Who knows why Gauge doesn’t move. Perhaps he had a long day of chasing balls in the backyard. He might have been up late the night before watching Lassie on a streaming channel. There’s also a chance he might have had a large meal just prior to the Roomba being activated. Whatever the case, he just has no inclination to get up and out of the way. Maybe he likes how it feels when it rubs up against him.

He’s lucky that he’s a cute dog because if I were to try to do that in the living room with a Roomba trying to clean around me, my wife would probably yell at me to get up off the floor and move to the sofa like a normal human being. Cleaning is hard enough as it is, but when there’s a distinct lack of cooperation – it’s downright difficult. I bet there was some sweeping and dustpan action later that day – don’t miss this funny video below. 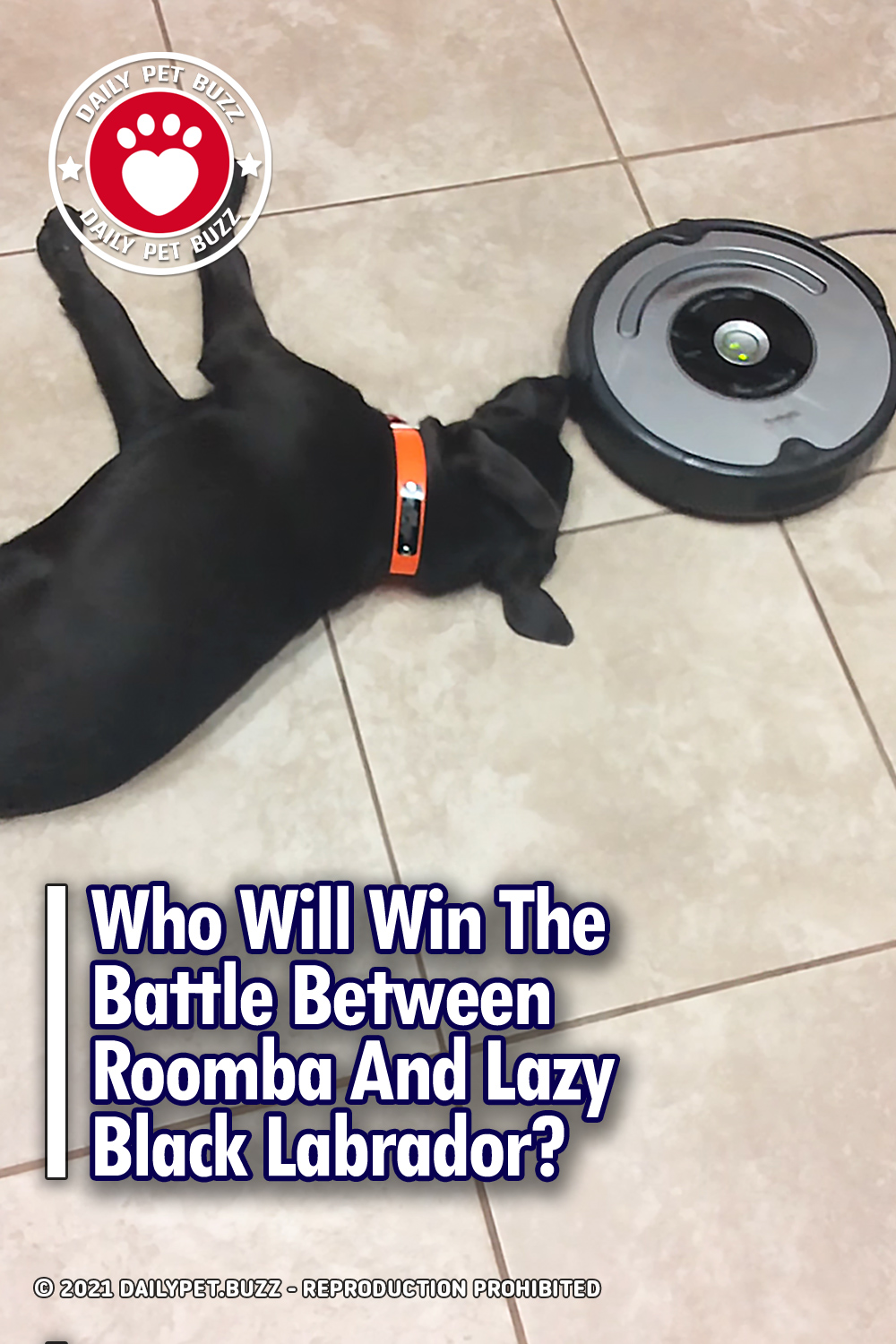