I’m sure the rescue organization Hope For Paws does not need any introduction because they are quite famous for the good work that they do rescuing stray and abandoned dogs. One day, Hope For Paws had an emergency call from someone who informed them about a dog who was stranded in the LA River. An eyewitness saw this poor pooch being brutalized and thrown 30 feet down into the canal. I don’t understand how someone could be so cruel to a defenceless animal.

Hope For Paws is a non-profit organization who has been working for years to reduce the number of animals being brutalized and abandoned. They have saved countless numbers of animals and many of their rescues have been recorded, including the one you are about to see here.

In this video, a group of rescuers went to rescue a dog whose right leg had been chopped off by someone. This dog was crouching in a corner of the canal for three days, suffering and afraid and unable to care for himself. I can’t believe he could actually survive for three days after having his leg chopped off. Finally, the rescuers were able to climb down the canal and save the poor thing.

Even though they were able to save the dog, it took quite some time for his recovery to take shape. He was in really bad shape when he was rescued. But, his transformation is mind-blowing. I wasn’t even able to recognize the dog. If you think his transformation is pretty incredible, please share this video on Pinterest so that others can see the wonderful work that Hope For Paws does. We’d love to hear from you! 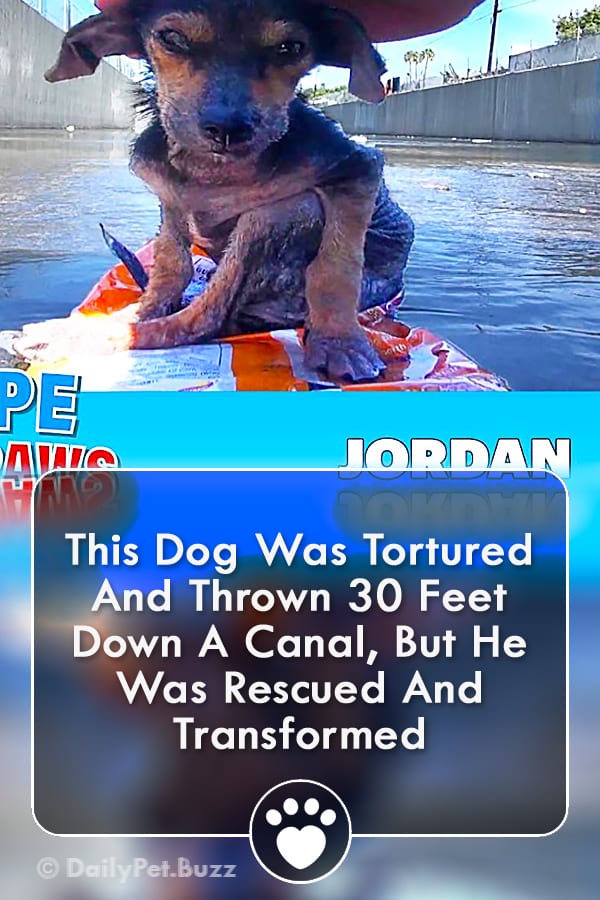