Wow. Herding cats looks easier than this. A mother and daughter duo were feeding their 10 lab pups solid food so that the dog’s mom could regenerate milk. They would just lay the dogs in front of their own individual plates and they would just chow down. Simple, right? Hah. No. The pups had NO idea that each plate was for them. They would start trying to eat each other’ food. Others would start wandering around the kitchen. It was chaos. Adorable chaos, but chaos.

The feeding must have worked because all but one of the puppies got adopted. They may have gone their separate ways, but that video of them eating together for the first time was a hoot. I’m sure the human mother and daughter wound up flopping in bed that night, totally exhausted. Then again, they seemed to know what they were doing so that scene may have just been old hat.

I only had one dog. Feeding times were enough of an adventure. As soon as I bought the food out, she would start barking, whining and rubbing up against me. That was loud enough. I can’t fathom what it would be like to be in that kitchen with all 10 of those puppies barking. Ear plugs might have been in order. Maybe for both me and the other dogs.

I loved this video. Nothing like watching little fuzzy puppies. How about you? How did you like it? 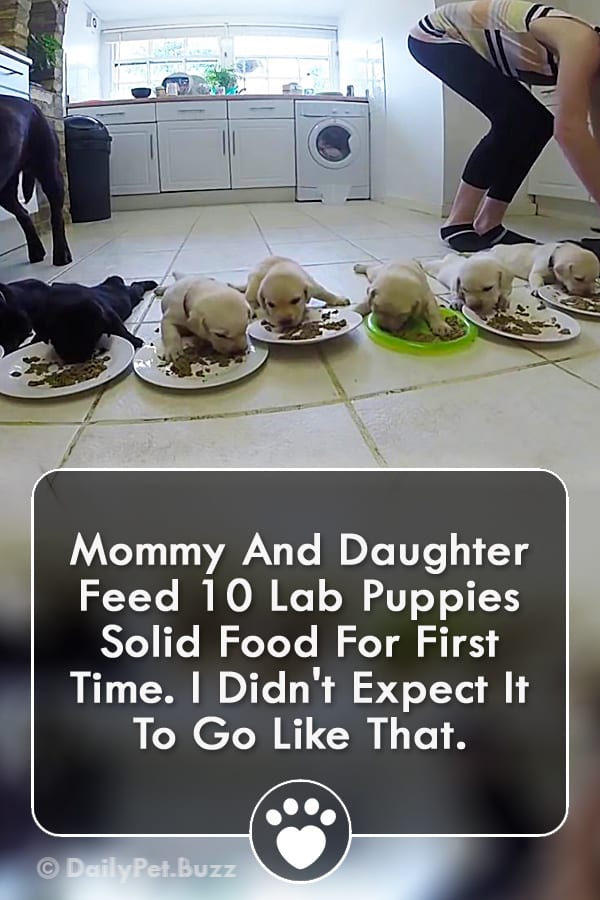