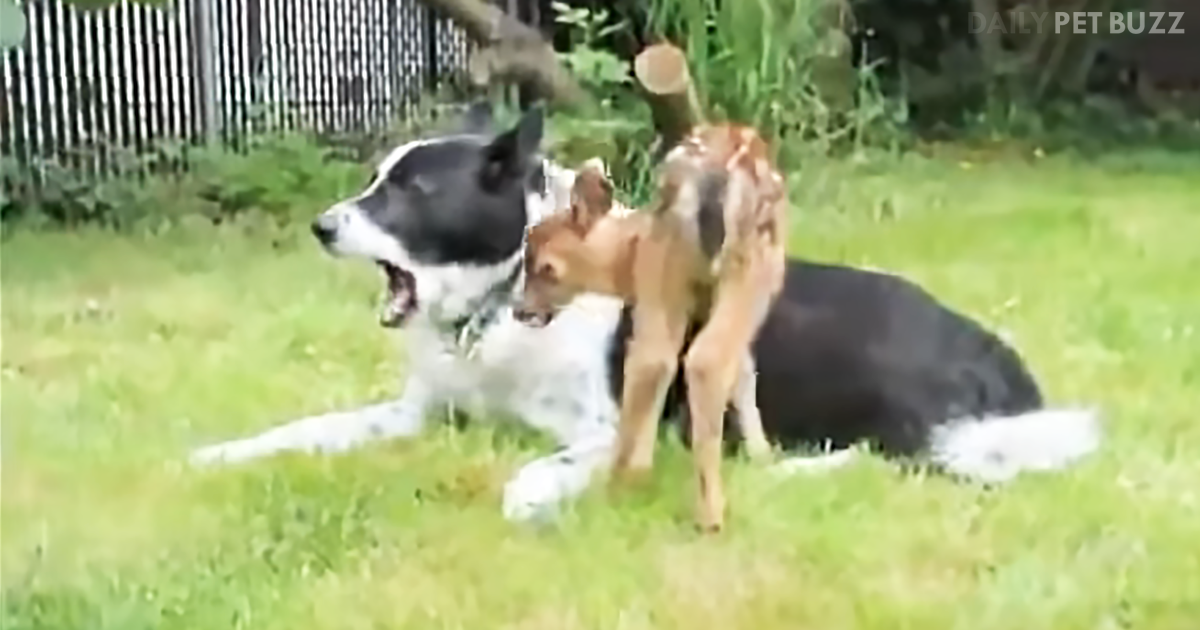 There are some strange pairings in the animal world. Sometimes these animals bond with humans, but there are other times when it just makes you scratch your head. I once saw a cat, a dog, and a mouse all get along. The dog would carry the cat on his back, and the cat would let the mouse ride her back.

Then there’s this video of a dog and a fawn that has to be seen to be believed. It’s amazing. We see Mishka, a Karelian Bear Dog. What is a bear dog? It’s one that scares bears that have gotten used to being fed by humans. Yes, this is a job that he can definitely keep for himself. If someone came up to me and said, ‘Hey, go scare that bear –,’ I would reply with a string of words that are not printable.

Mishka is a softie when off-duty, and that’s never clearer when he takes on the role of the daddy of a fawn who mistakes him for a parent. The best part of the video sees the fawn walk daintily around Mishka as both of them are relaxing in a yard. The fawn can’t get enough of this pooch, even sticking her nose in his mouth at one point when they are riding in a car. I have NO idea what that’s all about, but Mishka doesn’t seem to mind.

The two have formed quite a bond. I wonder how the two of them are doing now. It seems like dogs and deer make for good pairings. I also wrote about a video where a Great Dane and a deer got along famously. Maybe it’s because dogs tend to be good-natured generally and the deer pick up on that.

Mishka had no hesitation about letting this fawn spend all her time around him. I wonder if he said in dog language, ‘Hey, I’m gonna go scare a bear. Want to come with me?’ I don’t know who was cuter – her, the fawn, or Mishka. Check out this tough dog and his adopted fawn in the video below. 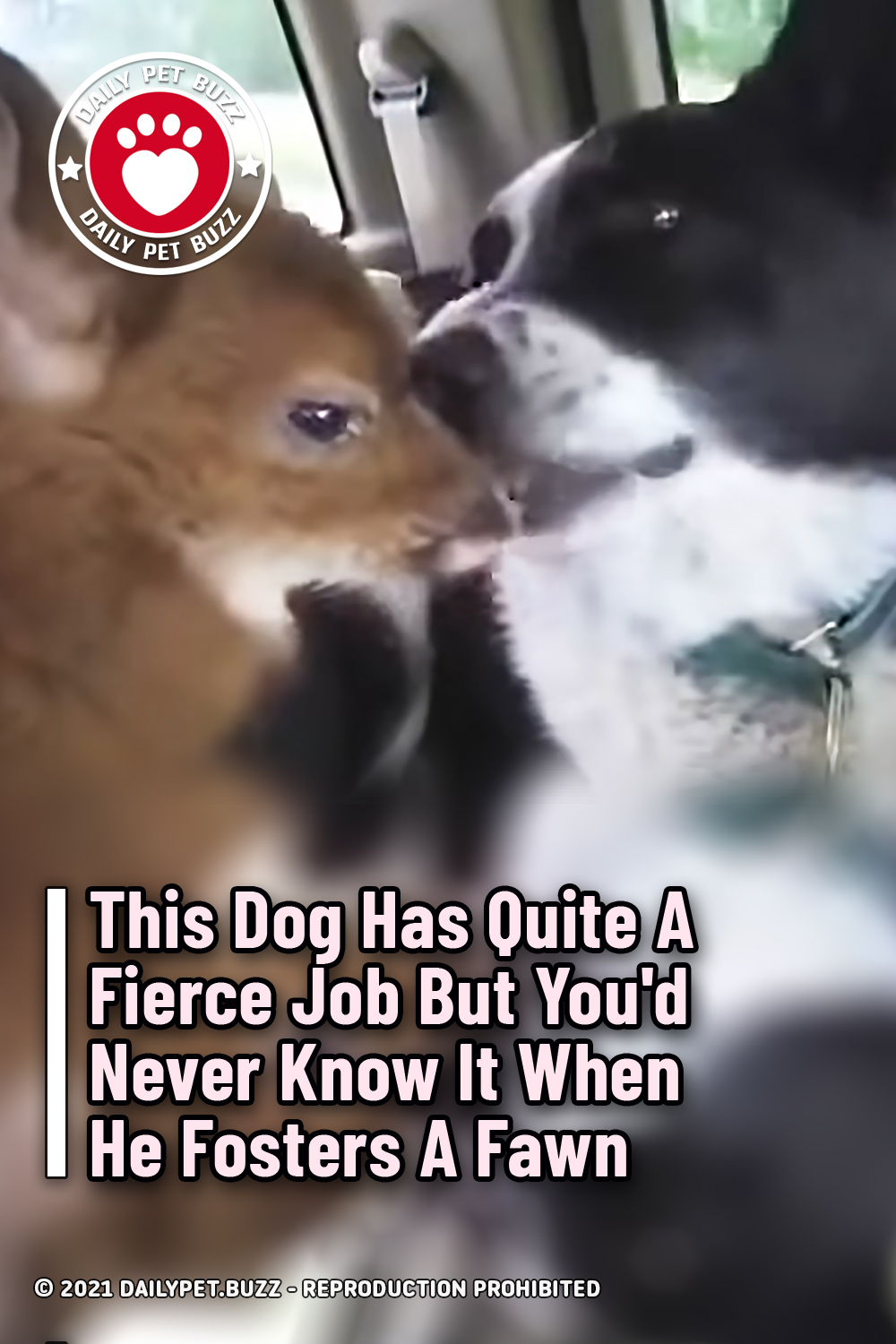