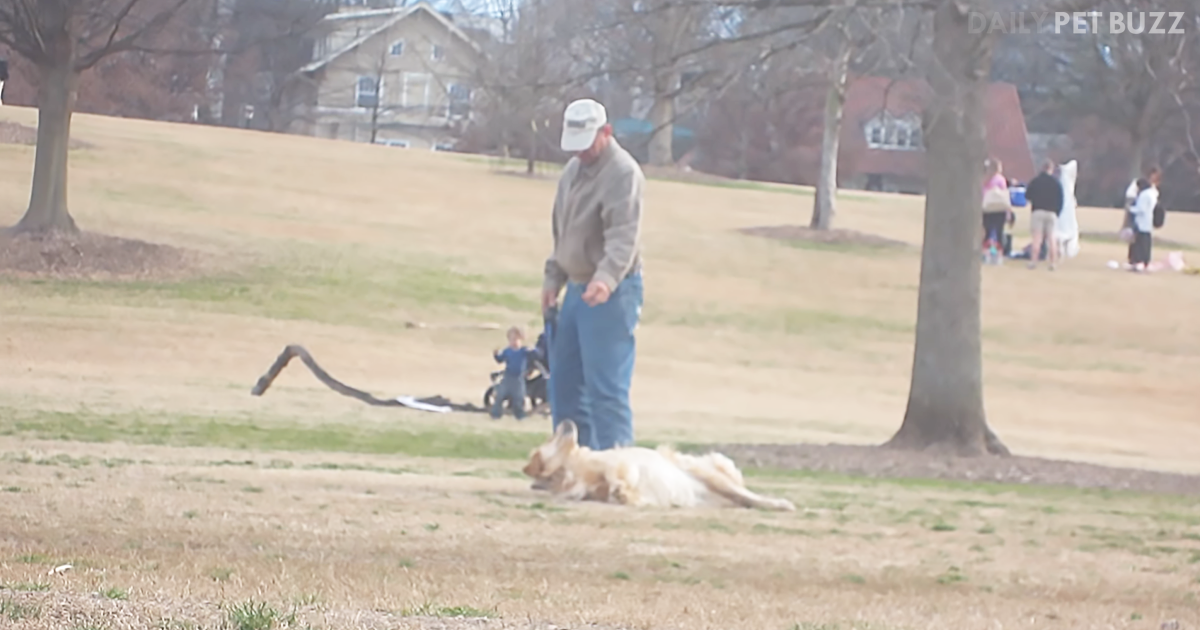 Everyone knows that a dog is man’s best friend, and those furry, lovable creatures are loyal and intelligent. But this man found out just how intelligent when he took his dog to the local park to play.

With soft grass, people playing, good weather new places to sniff, balls to play with – this Golden Retriever was in doggy heaven at the park, and when it came time to leave, he certainly didn’t want to go. So what did he do? Why this genius dog played dead!

After flopping onto the ground, the dog refused to get up, no matter how much his dad tugged and cajoled him to come home. As you can see in the video, the efforts are hilarious, with the dog paying absolutely no attention to his dad’s efforts.

After all, the park was SO much fun. His dad tempts the dog with a stick, and you know how dogs can get, a bit of tug-of-war, and then they are excited to follow you to the ends of the earth. Well, his dad did just that.

Holding sticks in his teeth, lifting up the heavy dog (the dog’s weight is evident in the video), and even trying to tug him along. None of those works. It’s clear to see that the dog won’t budge if he doesn’t want to. The lazy dog seemed to be a master act in playing dead, and it took his dad a long time to get him to move finally. And how? By the old stick in the mouth trick. It did take some time, but in the end, the dog followed his owner happily, tail a-wagging as they went home. Finally. 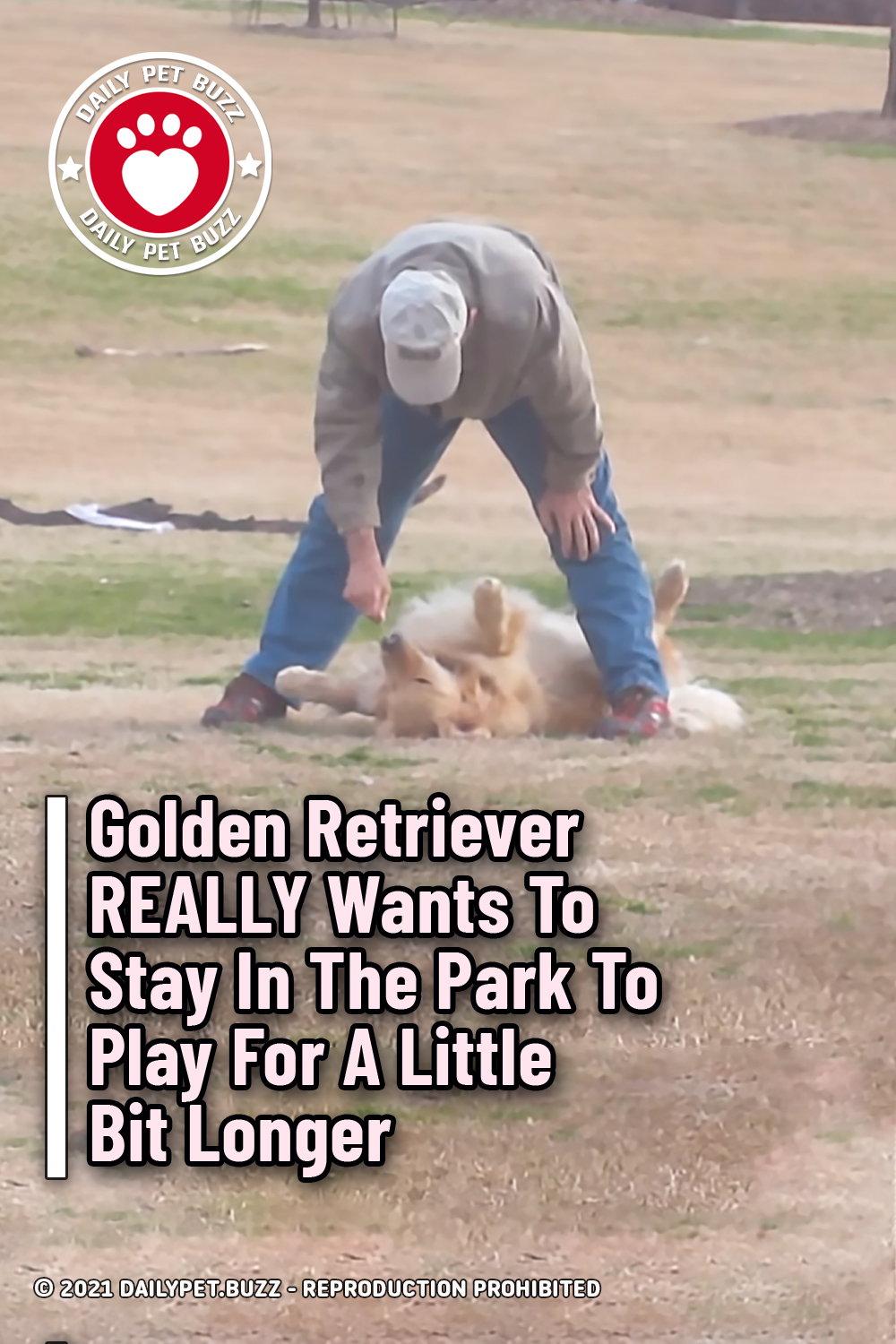