The Aspinall Foundation is crucial to the fight to preserve and defend all gorilla species all over the world. They assist gorillas raised in zoos or horrific captive conditions learn to live in the wild again. The goal is the help these gorillas reach a point where they can live independently, just like they would if they were not born in captivity. They begin at Howletts Wild Animal Park in England and are moved to a large reservation in Africa.

Damian Aspinall established his foundation and since its conception, he has seen hundreds of gorillas released back into the wild, but there is one special gorilla that stole his heart. This gorilla is Kwibi. Damian and Kwibi formed a very special relationship since the gorilla was just a baby at Howletts. But once gorillas are sent back into their natural habitat, there is little chance of Damian ever seeing them again, and he thought this would be the case with Kwibi. Fortunately for him and Kwibi, it wasn’t, and lucky for us, the moment they were reunited was caught on video.

He never lost hope though, and when he went to the reservation in Africa, Damian wanted to see if he could find his friend Kwibi, and see how he was doing. He was told Kwibi was aggressive and they tried to persuade him not to find Kwibi, but Damian did anyway. Wait until you see how Kwibi reacted when he saw Damian.

Watch this heartwarming reunion for yourself in the video above. 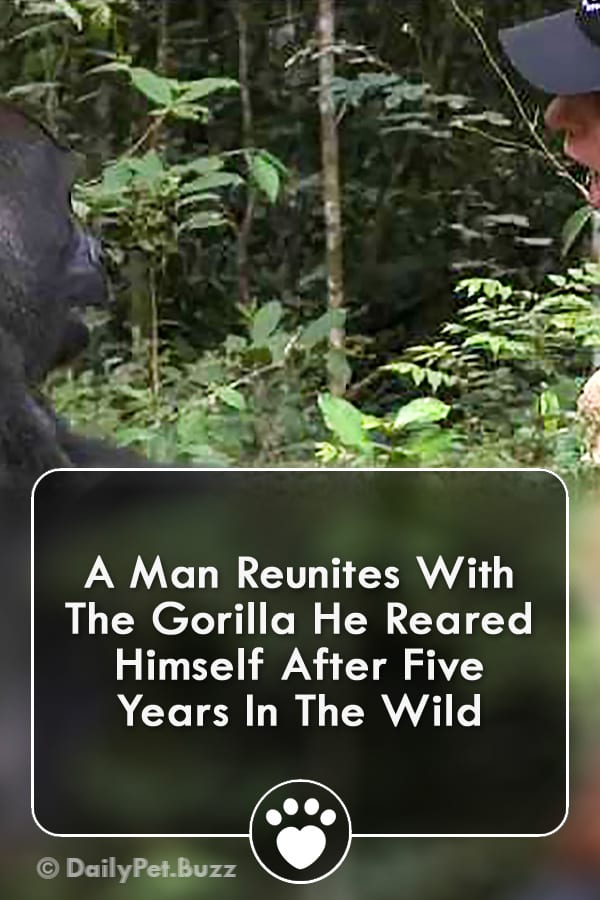