Stories of service men and women adopting strays while on duty, against the rules even, make me extremely happy and bittersweet at the same time! I love seeing how they are able to spare so much love and how they depend on their furry friends for emotional support. While serving overseas in Fallujah, Iraq, Lt. Col Jay Kopelman experienced something incredibly unexpected. He formed a special bond with a 5-month-old puppy named Lava. Lava was a mixed breed stray who wandered the streets of the city in search of food and shelter. He was alone and malnourished, but then he met Kopelman.

A few months before returning home to the United States, Kopelman had formed a strong bond with the stray dog. Although regulations stated that a soldier could not keep pets, Kopelman couldn’t bear the thought of leaving Lava behind. As a result, he planned a secret mission to bring Lava with him back to the states where the two would be together, forever.

With the help of his fellow marines and some Iraqi citizens, Kopelman plotted for Lava’s escape. While most plans were not possible and very risky, he finally stumbled upon the right plan. A dog trainer for the military fortuitously appeared and changed their lives forever. 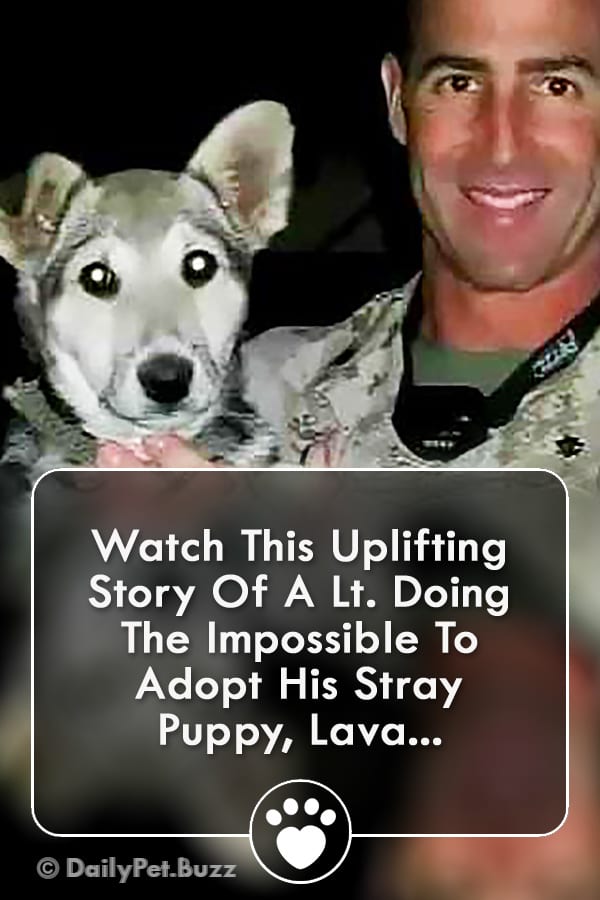