Dogs can be amongst the most intuitive and intelligent animals in the world. They can sense when you’re sick when you’re feeling down in the dumps, when you’re heartbroken, and when you’re angry with them because they chewed your favorite pair of slippers. But they might not understand what’s going on when they themselves become ill.

That’s what happened with Dani’s four-legged, faithful, furry friend, Lily. This beautiful golden retriever was full of life until one day, she began to show signs of sickness. Dani and her husband Kevin began to fear the worst when poor Lily was so ill she couldn’t stand up on her own paws.

It was clear that something was seriously wrong. An emergency visit to the vet resulted in discovering that Lily was bleeding internally and needed an immediate transfusion. But that wasn’t even the half of it.

The vet discovered that Lily had developed an enormous tumor on her spleen, and if she didn’t have an operation immediately, she would be dead within days and would suffer a lot of pain in the process. Well, there was only one thing for it, and Dani and Kevin scraped together every dime they had to be able to afford the operation.

But the prognosis still didn’t look good. There was only a 10% chance that the tumor was benign, but Lily’s parents wanted to give her the best chance they possibly could because they loved her so much.

Lily went under the knife, while Dani and Kevin could only anxiously wait for the outcome. They needn’t have worried, because somehow, against all the odds, Lily made an incredible recovery. She lived to tell (or at least wag) the ‘tail’ of her astonishing battle with cancer.

Watch the heart-warming video below when mom Dani gives Lily the good news, and although we know she doesn’t really understand what’s happening, it will put a smile on your face nonetheless. The moment she tells Lily that she needs to sit for this news and Lily calms down and obeys her is hilariously adorable.

Beating the ‘big C’ is no mean feat for humans and animals alike, and we’re just so happy Lily has come out on top, and in the face of such unlikely chances, she’s bounced right back. 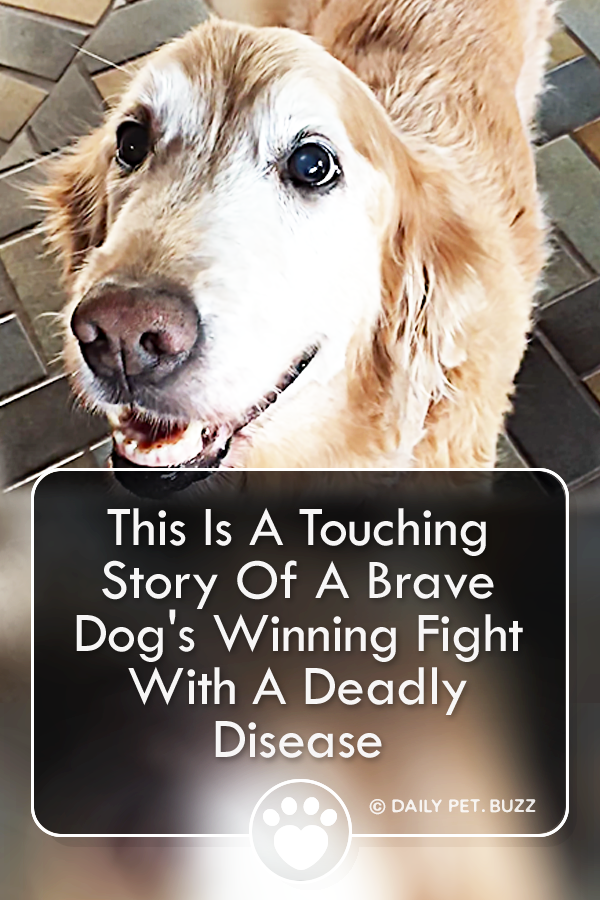