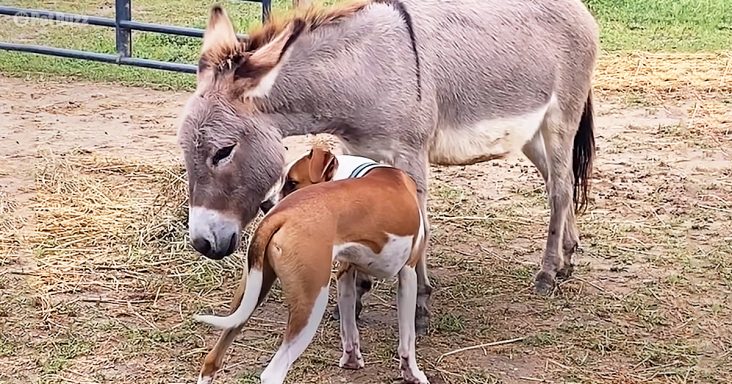 Jennifer had adopted a donkey recently who was an introvert. According to his previous owner, Wendell was wary of people and dogs. Thus, Jennifer was the second person who had adopted him.

At first, she was not sure of how he would adjust with the rest of the herd. However, the donkey and her Pitbull had an instant connection. Oakley, Jennifer’s Pitbull dog, has an extraordinary personality. He makes sure everyone loves him.

Oakley would lick Wendell’s face and ears. Wendell initially detested it, but later on, he would allow Oakley to lick him. He would even drop the grain on the ground while he ate so that Oakley could eat it. After they finished breakfast, the donkey would follow the Pitbull outside to play. 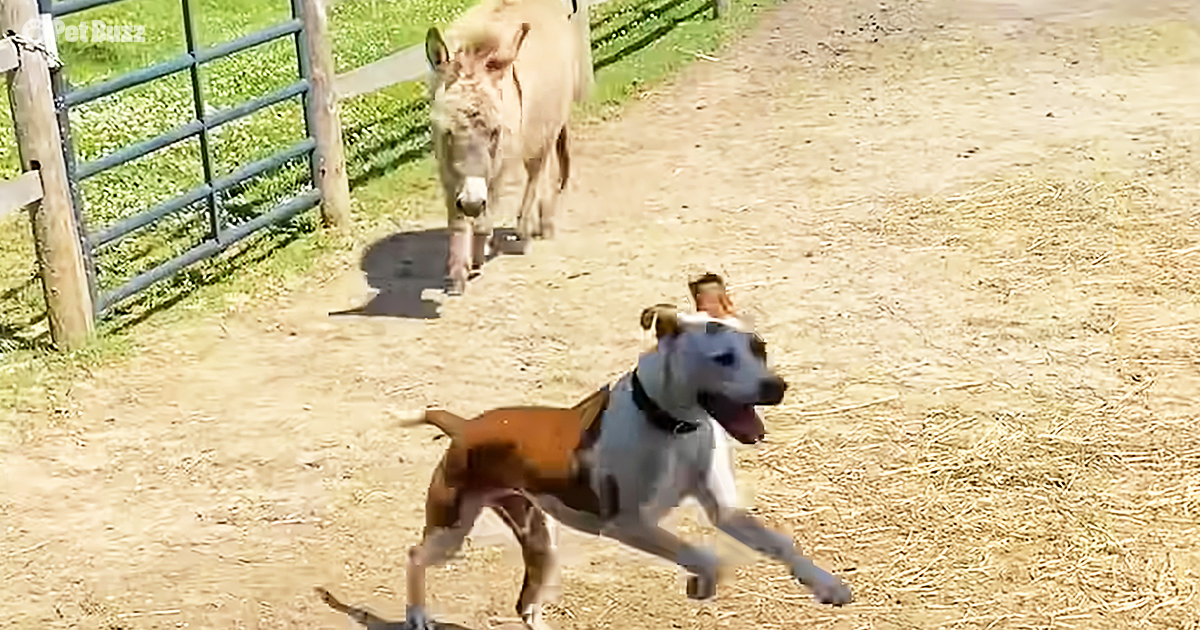 Oakley does not care if Wendell is a different species of animal. He is very friendly and enjoys spending his time with his best friend at the farm. Jennifer never separated them as both of them were relaxed and loved each other’s company.

However, the more playful one is Oakley. He just runs around on the farm and wants Wendell to follow him. No one could have ever imagined that a miniature donkey and a Pitbull could be friends.

Oakley ran around like a crazy dog and would instigate Wendell to follow. As soon as Oakley starts to run, Wendell joins him soon. They do zoomies together to see who can go faster.

Both the animals understand and care for each other. Jennifer can’t imagine her life without both of them. She is delighted to have adopted Wendell into her herd of animals. 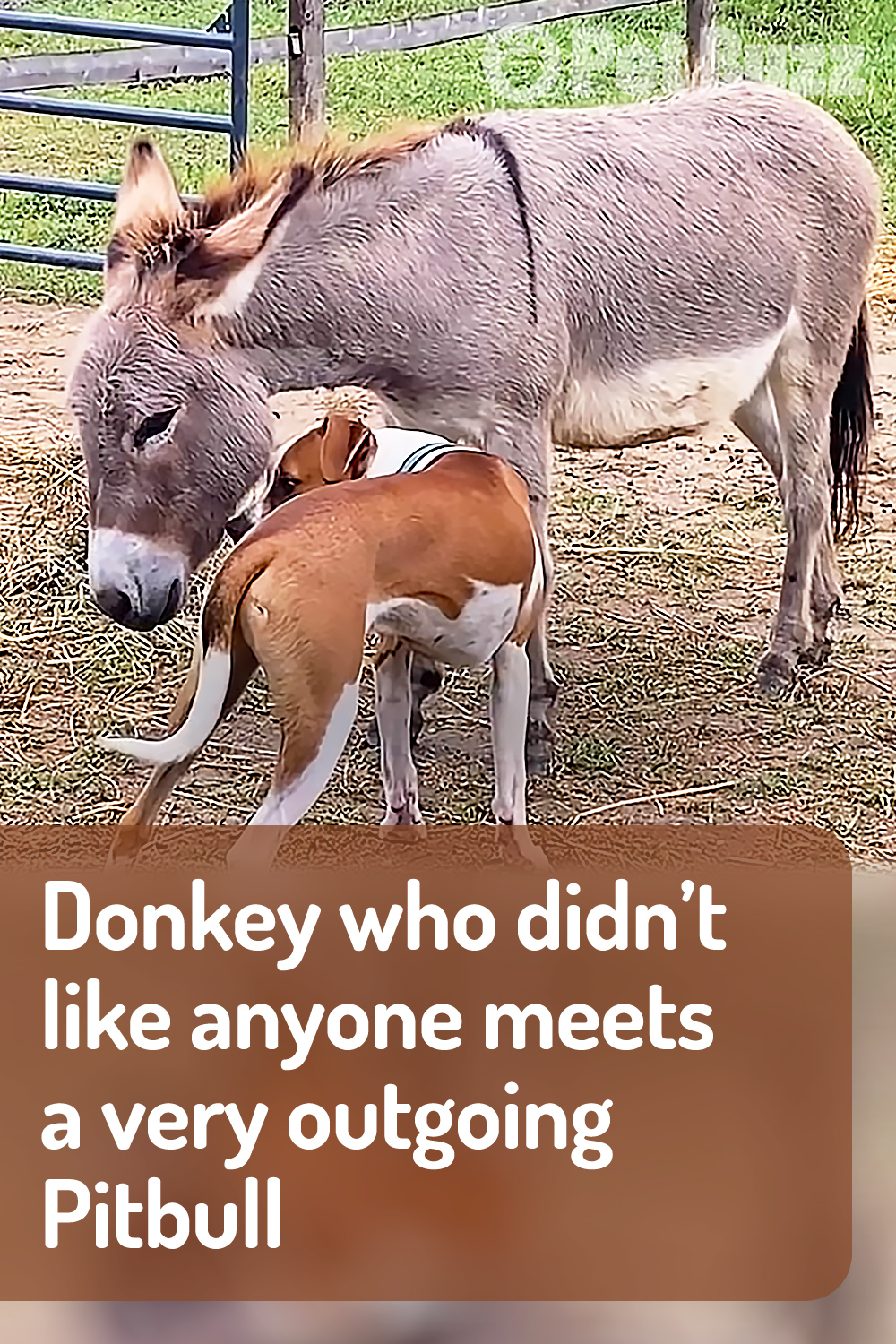