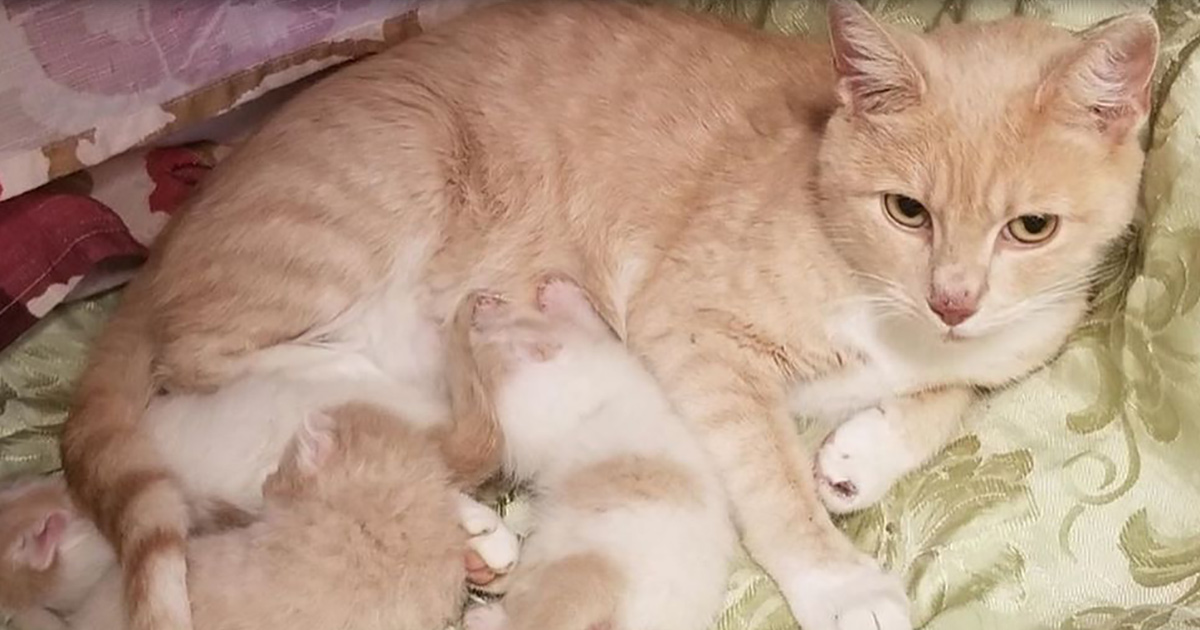 An apartment resident found three kittens in a dumpster, crying for their mother. It was clear the mother had been caring for them, as the babies were fat and appeared healthy, but because the garbage truck would come the next day to empty the dumpster, it was urgent to have the kittens removed from the trash receptacle before they became a casualty of the sanitation service.

The man looked all over for a mama cat but was unsuccessful in locating her, so he contacted local rescue group Alley Cat Rescue. Committed to finding the mother cat to continue raising her babies, rescuers placed humane traps near the site of the dumpster when they picked up the litter of three. It took several days, but they finally trapped their mother.

The cat, now named “Champagne”, was visibly relieved to be reunited with her kittens at the foster home where a volunteer had been caring for her infant felines. She started in on their baths and allowed them to nurse from her right away. She found it difficult to leave them to eat, so the foster volunteer brought food to her so she could stay with her babies and still take in nourishment. The foster volunteer no longer needed to continue round-the-clock feedings.

Her load significantly lightened, the foster volunteer received another litter of four kittens to care for. She set them up in their own bed in her kitty room and left for ten minutes to prepare some formula for them, but on her return, she couldn’t find any of the new kittens. The mother cat, hearing their cries, had transferred the new babies to her own nest and was happily nursing the four newbies, who were about the same age as her own. The mama cat adopted the second litter, giving her a large family of seven kittens. It is now one big, happy, feline family. 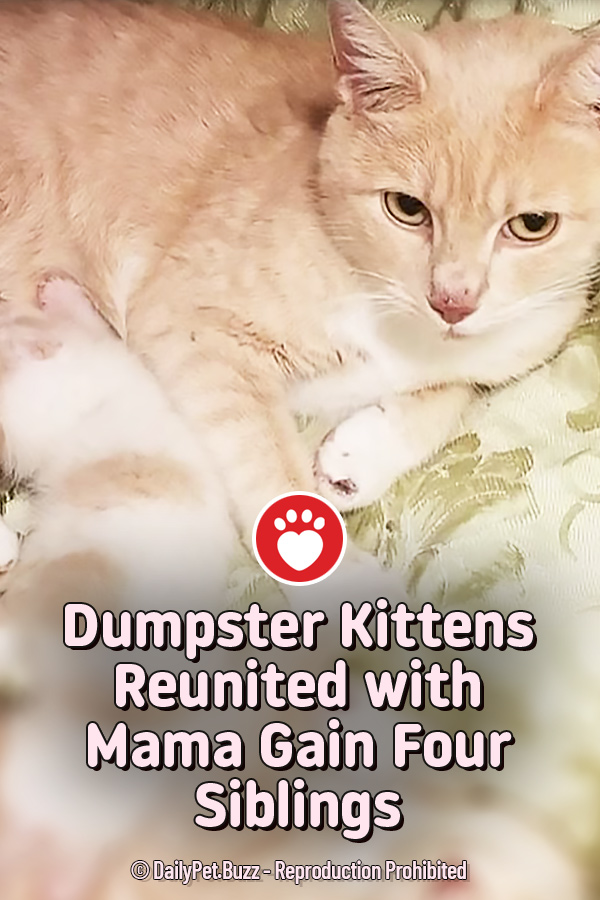