Having an animal guest on a show can be a true roll of the dice. Even the most well-trained animal can wind up showing a completely different personality once the hot lights of the television studio stage turn on. Usually vivacious cats or dogs can turn into the shyest animals on the planet once the show starts taping, much to the chagrin of their mommies or daddies. This is totally NOT the case here with this video.

This is from a segment of ‘The Ellen Show’ where she interviewed Tia Torres, who has a reality show ‘Pit Bulls And Parolees.’ That’s fascinating and everything, but the real star of the video is a nine-year-old pit bull named Snorkie. Torres hopes to have her find a mommy or daddy who can give her a forever home. Where better than a show that millions of people watch a day? I’m sure she got adopted very quickly after that. This pooch steals the show.

It’s hilarious to see Snorkie just sitting there staring intently at Ellen, like ‘Feeeeeeeeeeeeeed me.’ Of course, Ellen gives in each time – who could resist that sweet doggie face looking at you with those eyes? I know that I couldn’t – I’d wind up giving her a whole container of doggie snacks, which is close to what Ellen wound up doing. The talk-show host, like the audience, were smitten with this pit bull.

The show was taped in 2010, so it’s been a long time. Hopefully, Snorkie got a new home and got to live a good life ” she was 9 at that time, so she would be at the tail end of their life expectancy of 15 years. Who knows, she might have lived longer than that. Thanks to Torres, she was given a chance to get a good home and to also shatter the stereotype of the mean pit bull. Her new folks had better have had a lot of treats though –

Weren’t you smitten with Snorkie? I was. Have you had a pit bull yourself? Tell us your story – we love anything that can help change this bad reputation that they have. 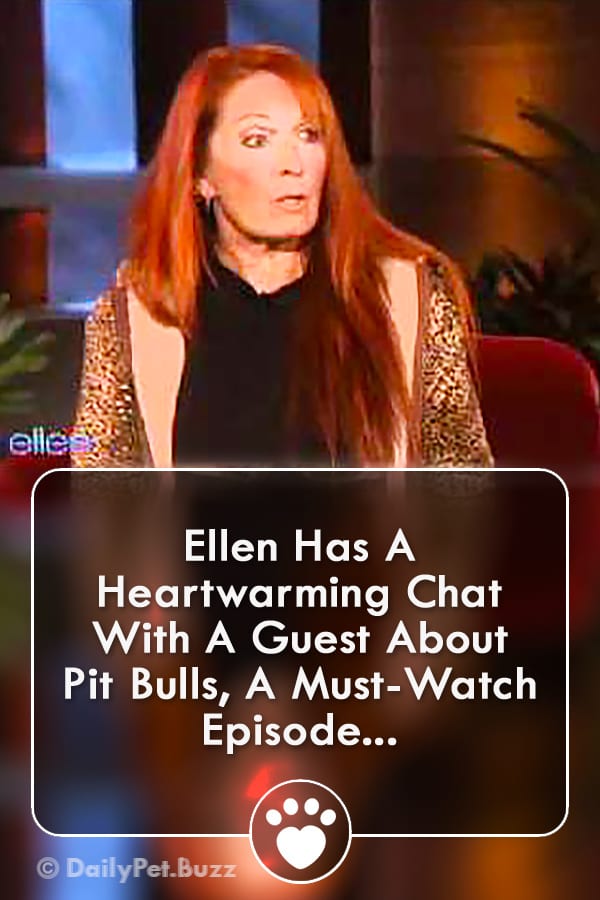