Are you ready for a fun time? The Kentucky Vocal Union Group is guaranteed to deliver an awesome performance, no matter what they choose to sing. This 36 man chorus is a contemporary barbershop group, located in none other than Louisville, Kentucky. They formed back in October of 2006, and have been selected to represent the Cardinal District (which includes Kentucky and Indiana) at the Barbershop Harmony Society International contest five times. For the contest, they’ve traveled to Nashville, Anaheim, Kansas City, Las Vegas, and Portland, and even took home third place in the world in Portland. Once you see them perform, it’s no wonder that they’ve been granted such high honors.

These men have an undeniable energy and camaraderie on stage. You can tell they love what they’re doing, and they love being around one another while they do it. That sense of teamwork shines through, and elevates them above a huge number of other a cappella choruses out there, making their performances an absolute joy to witness. With the combination of their snazzy costumes, there sassy snapping, and a few great dance moves thrown in, they’re sure to be a crowd favorite.

This video features their performance of the classic song ‘Footloose’ , which earned them the bronze medal in Portland. The song comes from the 1980s movie”which was remade in 2011 with an updated soundtrack”about a conservative town bent on squashing the joy that music can bring to their young residents. The performance starts with the men decked out in black, acting out a confused scene just after the police of the town have forbade music. What happens next is nothing short of musical glory!

Check out this amazing performance in the video above. What did you think? Leave us a comment, we’d love to hear from you! 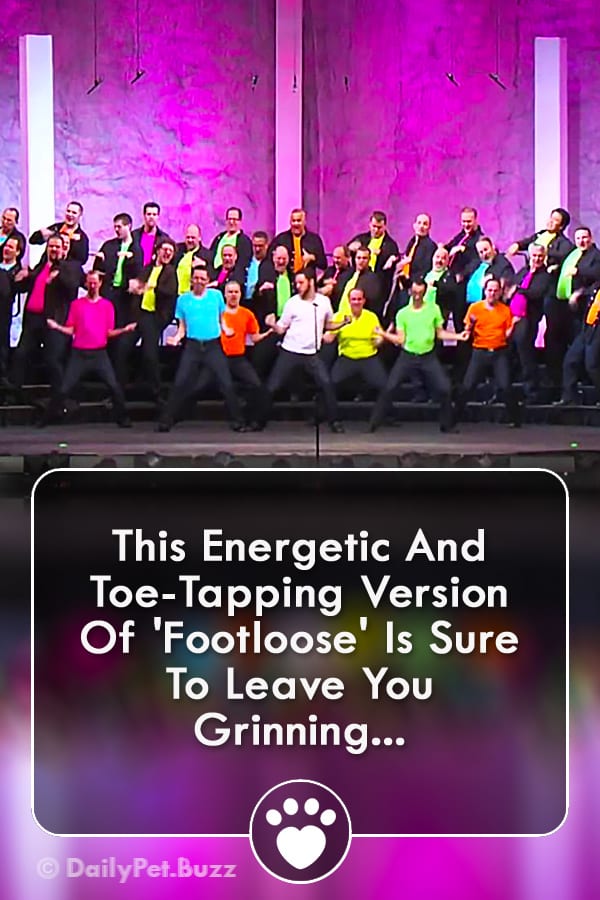