In December of 2012, Sue repurchased Arthur, a horse that she bred but had to eventually sell. During this period, two of Arthur’s playmates from ‘foalhood’ came to stay with her. William had been with Arthur since they were foals and Harry arrived as a foal a year later. Harry and William have shared their lives with many other horses and ponies since Spring 2009.

Would Arthur ” a thoroughbred sports horse now aged eight-and-a-half ” have any memory at all of the two New Forest pony playmates with whom he shared his youth? And likewise, would William and Harry recognize that little thoroughbred guy who was once their best mate?

Sue arranged for their incredible reunion in an English field where William and Harry had once briefly lived. She enlisted filmmaker Bruce Selkirk to capture the reunion on camera. The five-minute film you’re about to see is the editing down of nearly an hour of extraordinary footage.

Keep in mind that Mustons Field, the place where all three horses grew up together, was already sold at the time of this reunion; there was nothing familiar to them, other than the hearts and souls of these three bonded friends.

Sue recently posted an update. ‘It is now April 2015 and I thought I would give you an update. Arthur, William and Harry are still all together and very happy, so am I! We now have a wonderful home in South Dartmoor where we run Adventures with Horses, Equine Facilitated Experiential Learning.’
Arthur, Harry, and William still live together to this day! I didn’t think I could love horses any more. 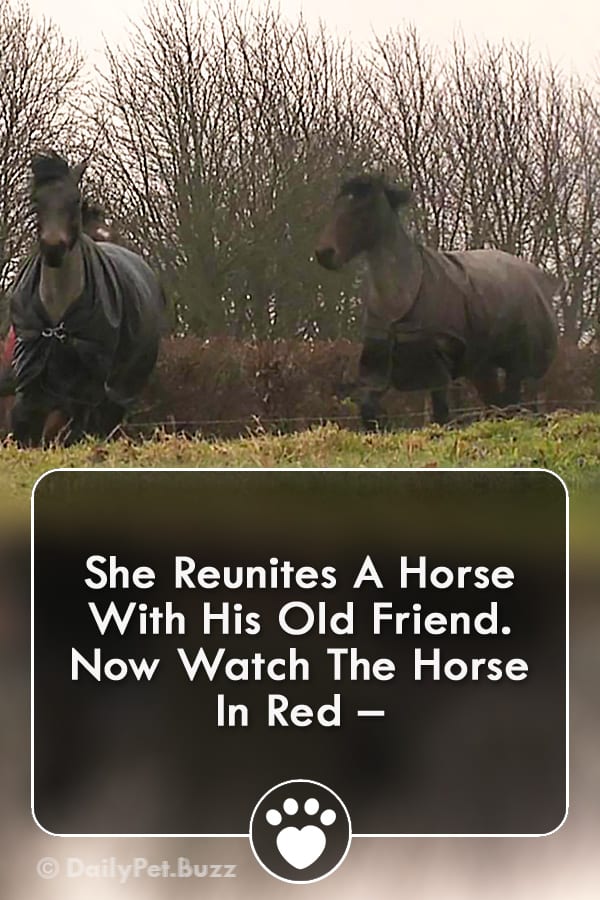