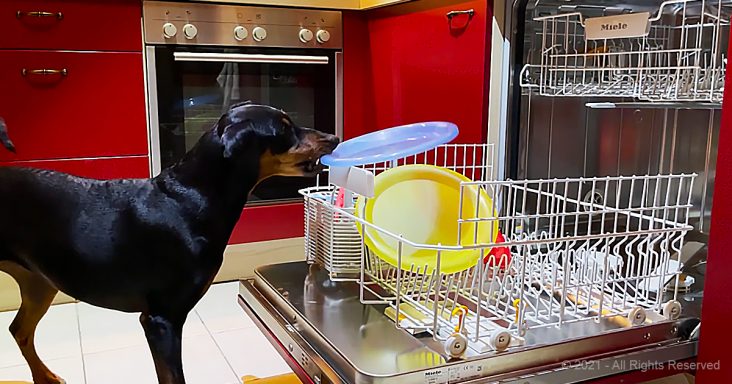 You can guilt your housemates into helping with chores by showing them this video of a dog loading a dishwasher.

Most dog tricks are impressive, but the majority of them are impractical. The Northern German owners of a Doberman Pinscher named Amelie seem to have found a solution.

Amelie’s owners have been trying to teach her tricks for a long time. Some have been a challenge for the pup to manage, but one that she took to rather quickly was putting dishes in the dishwasher.

It’s no substitute for the work of thumbs, but Amelie does a respectable job of chucking silverware, plates, cups, and other things into the dishwasher as they’re “handed” to her.

Amelie’s usefulness isn’t limited to dishes. She’s also able to put on a mask before going outdoors. Such a trick will have an expiration date, but hey. For now it’s keeping Amelie relevant.

So the next time you see a dog that can roll over, shake hands and so on, know that there is living proof out there that dogs can make life easier in the chore arena as well. 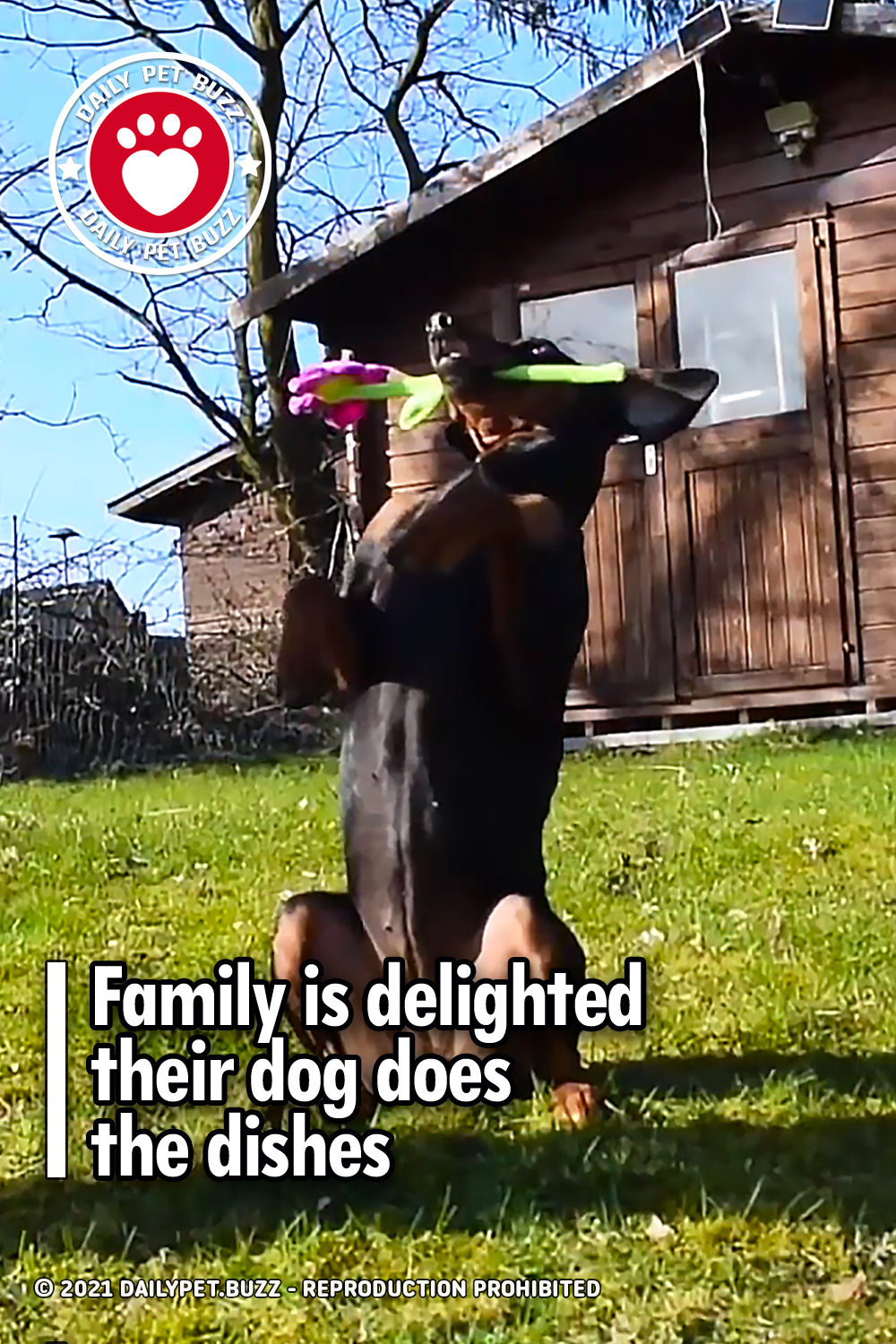