It’s amazing what a couple of generations can have in differences. When it comes to parents and education, how a parent should discipline his children has been a controversial topic. Many parents believe that spanking a child will not only develop his or her character but teach them discipline as well. However, studies show that spanking your children is what can ‘spoil’ them both physically and emotionally.

Mayim Bialik, star of The Big Bang Theory, is a believer that spanking children will do more bad than good. And she has scientific data to back it up. A study by The University of Texas at Austin and the University of Michigan found: ‘The more children are spanked, the more likely they are to defy their parents and to experience increased anti-social behavior, aggression, mental health problems and cognitive difficulties,’

Bialik has a six-minute YouTube video explaining how spanking is not only damaging but totally ineffective. In all honesty, it only serves as an emotional release for the parent. According to what Bialik says, spanking your kid will have an opposite effect of what you want them to learn. ‘Thanks to the pleasure principle, whenever any animal faces a negative aversive or negative stimulus, such as a smack, hit, or even a punch, the brain quickly learns to avoid the source of that pain the future,’ she says in her video titled ‘Hitting Kids.’ ‘This tends to be very efficient. Once you hurt a child, they will seek to avoid having that pain again. So essentially hitting teaches avoidance, not obedience.’

No one said parenting would be easy. But it is necessary to resist the temptation to release stress by physically abusing your children. This is never the answer. ‘I understand how tempting it is to look for quick solutions for behavior that you don’t want to see continue,’ she further states. ‘I’m one of the stricter parents I know. It’s not my job to be my kid’s friend, I’m their mom.’

If you have patience and you also teach compassion, your children will properly learn how to behave. You will take the guesswork away and it will have long-term positive effects on their well-being. ‘Being hurt by someone who says they love you makes no more sense to a child than it does to an adult,’ she states. ‘You can’t hit your spouse, you can’t hit your student, you can’t hit a stranger, you can’t even hit your dog, yet we have laws protecting, defending, and justifying hitting a child. It makes no sense.’

If you think about it, teaching your kids is very similar to handling a team of colleagues. Each one has his or her own agenda, and it’s your job to motivate each one of them so that you can get the results you need. Do you want to know more? Click on the video for more tips plus the scientific backing! 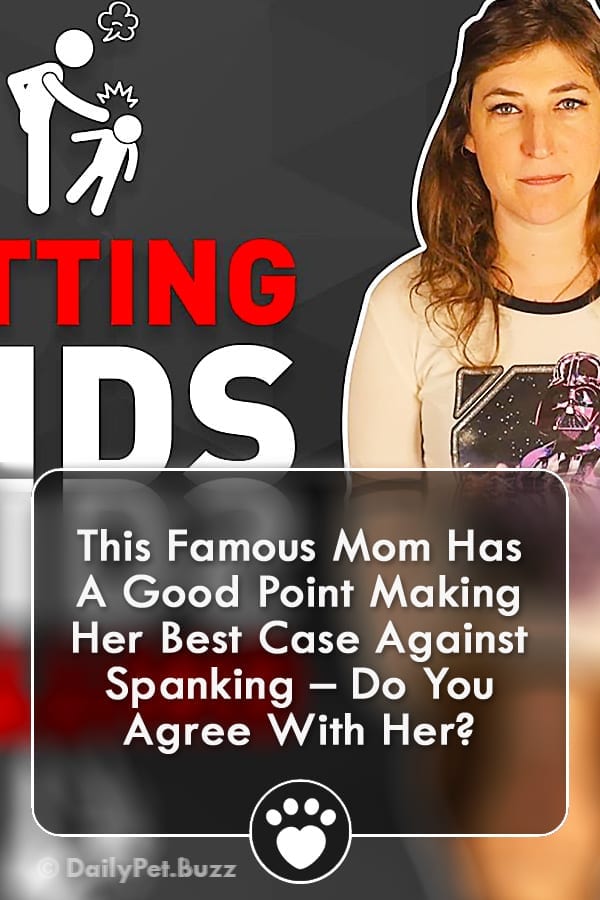