Do you remember the Budweiser Super Bowl commercial of 2015 that featured a lost little puppy who almost gets attacked by wolves? The horses come to his rescue. It touched millions of hearts, and it appears we have found another huge fan in our midst. This cute English bulldog named Khaleesi is obsessed with this particular advertisement!

Her owner wrote in the description that no matter what she is doing or wherever she may be, she comes running to watch this Budweiser commercial. And when the little puppy in the TV returns home, she even celebrates, every single time! The owner recorded it two times in a row just to prove that her dog does indeed come running as soon as she hears the music.

This bulldog sits quietly watching the commercial, but when the dog returns home, she lets out a little bark and jumps up to celebrate. It’s adorable. I have never seen any dog react this way to a commercial or TV show. If I didn’t know better, I’d say she knows how important it is for the little puppy to get back home to his family.

This dog’s reaction is just priceless. She’s so cute sitting there with her back to the camera watching this commercial like it is the most important thing in the world to her. Precious.

Watch as this adorable bulldog’s reaction to the commercial below! It looks like she knows exactly what is going on! Don’t forget to share your thoughts about it in the comments! 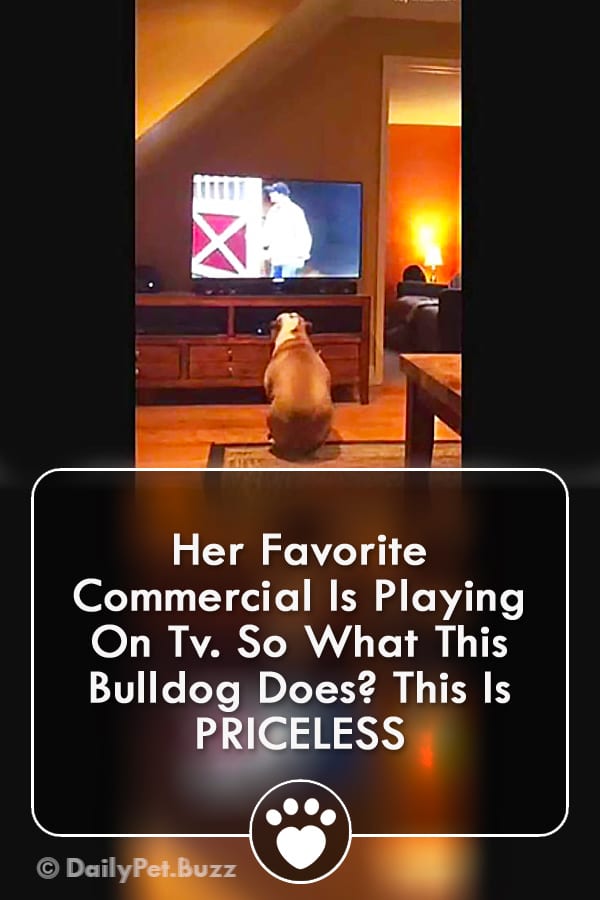