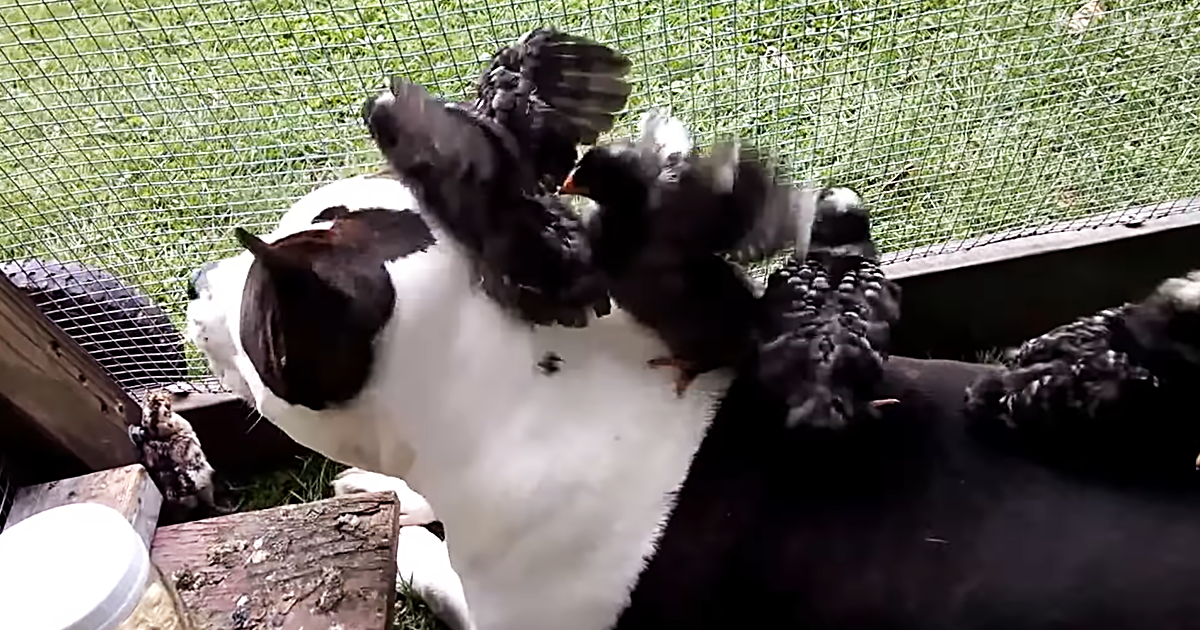 Is there anything cuter in nature than little fuzzy chicks? I don’t think so. Seeing these ambulatory tennis balls always cheers me up. I’ve always wanted to hold one in my hand. Perhaps one day, that will happen. Until then, I have to live vicariously through videos like this one here that shows a pit bull interacting with turkey chicks.

You need to see it to believe it. We see two pit bulls playing with each other in the yard. Jules is the one that heads straight to the turkey coop where there are lots of little chicks walking around. She waits for her daddy to open the pen, and then she walks tentatively inside, making sure not to crush any of them.

About 15 seconds later, she’s like a dog statue, standing still while chicks land on her and walk all over her back. The cutest part is when Jules sees one of the chicks hiding in the corner. She just wanders over and tries to coax him out of there.

This chick is cowering there while the other chicks are walking and climbing on top of Jules and sitting on her head. If we could decipher what they were saying, it would probably sound like, ‘Dude! She’s cool! C’mon! Look at us! We’re sitting RIGHT on her, and she’s not doing anything! Don’t be a wimp!’

Seeing animals bonding like this is so cute. I always love stories like this. Especially with pit bulls. They have such a bad reputation, and it’s just not warranted. It’s bad owners that treat them cruelly that make them attack. If you have a pit bull and treat him or her nicely, they will be so loyal and loving to you and others. This video below shows a very soft side of a breed that has a hard reputation. 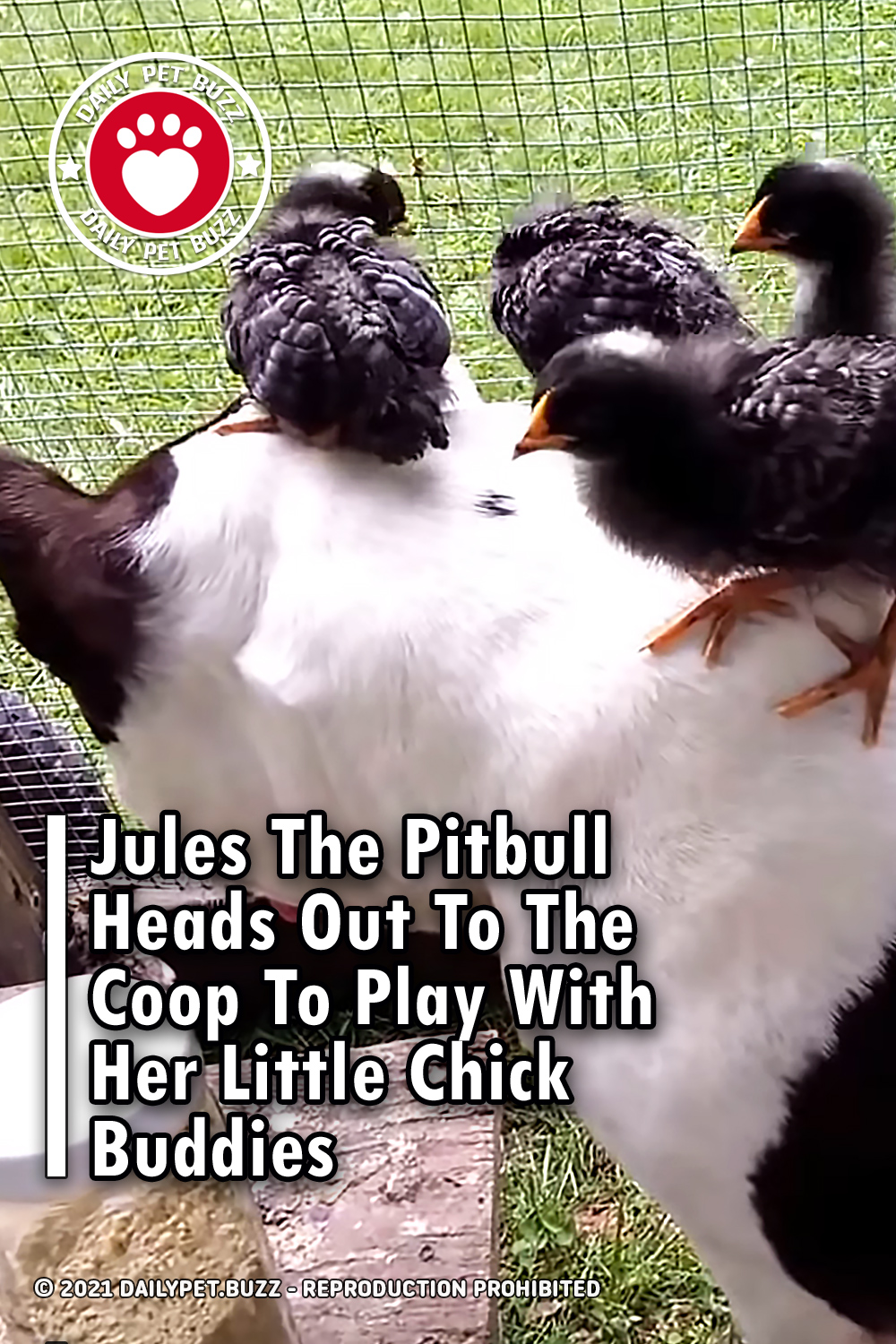