Budweiser Super Bowl ads are pretty much everyone’s favorites year in and year out. This year the cute little Golden Retriever pup reprised his role and charmed everyone all over again. But Budweiser also had some bad news to share. They let it be known that they would be no longer using the Clydesdales in their commercials during the holidays.

When the general public and the fans of the amazingly stunning horses heard this, they just floored. These majestic animals have been one of the best parts about Budweiser.  After a matter of days, Budweiser came back and said that they would in fact be again using the horses that everyone has come to know and love. This clip features the 2015 Budweiser Clydesdale Beer Run it is really something to see.

We see a guy going shopping for beer and the setup is already there. He is shown looking at a display with two types of beef. One being Bud and the other is the one that the actor thinks is a good idea to pick up. He then hears a rather unexpected commotion behind him. It sounds like a gigantic horse coming his way!

When the guy turns around, there’s the Clydesdale we thought we’d be missing. And a funny old woman watching the entire scene unfold. I bet that guy changed his mind about the beer! See what you think about it for yourself and then comment and share please. 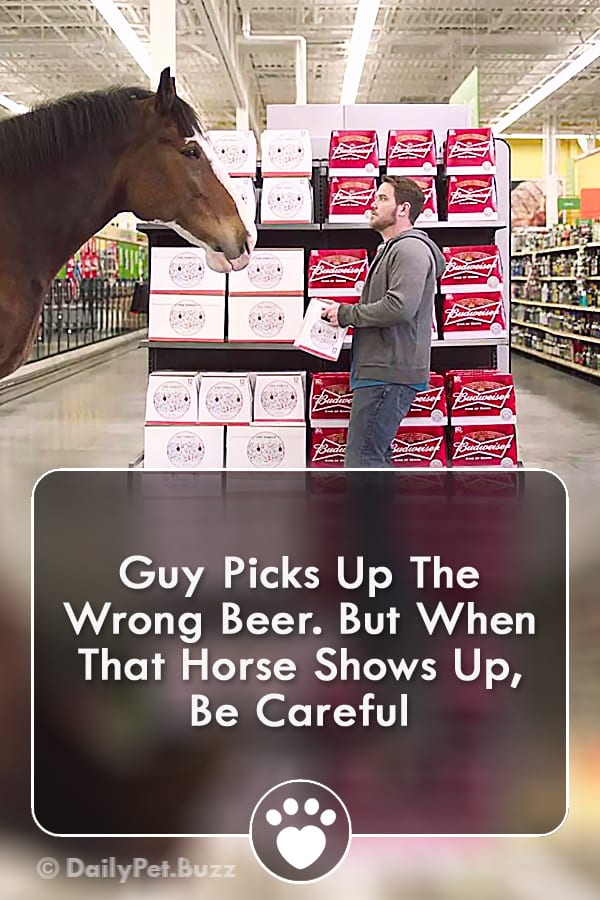