I love watching videos with horses in them. They are amazing creatures, so elegant with the way they run around. It’s also awesome getting to pet them and sometimes feed them! Add a dog to the mix, though, and things get even BETTER – and cuter. There’s just something about the interaction between the two species. For the best example of what I’m talking about, see this video here between a pooch and an equine.

We see a horse named Whiskey Brown and a dog named Lucy. First, the equine has a blue ball that both are playing with. He then gently grabs her by the lip and holds it – she seems to like it. After that, she playfully jumps at his head, before he decides to lay on the ground and start scratching his back. Soon, she runs over and seems to challenge him to a game of Chase. He bounds up off the ground ” as fast as a large horse can ” and they are off to the races.

The two of them then start running around, with Lucy quickly becoming the chaser and Whiskey Brown the one being chased. He’s able to put some distance between them very soon after it starts. Frankly, though, it tired me out just watching them in action, since they cover a LOT of ground. They don’t just have fun with each other, though. Whiskey Brown and Lucy are mischievous sorts ” they even try to startle the cameraman by running straight at him before veering off at the last second. I would have to check my pants if that happened to me.

This video isn’t all, by a long stretch. Their daddy even tells a hilarious story in the description field about how Whiskey Brown and Lucy getting into a bit of an argument – and then he gently grabbed her tongue with his teeth ” didn’t hurt her at all, but boy was she startled. That would have been an amazing video to see. It would have beaten that ‘Double Dog Dare’ scene in ‘A Christmas Story’ by a mile. It’s so great to see these two get along.

I haven’t seen a better horse and dog video than this. Have you? There’s even an annotation at the end challenging us to find a better one. I think this one wins by a lot. What are your thoughts? Tell us in the comments section and also ‘Like’ us on Pinterest. 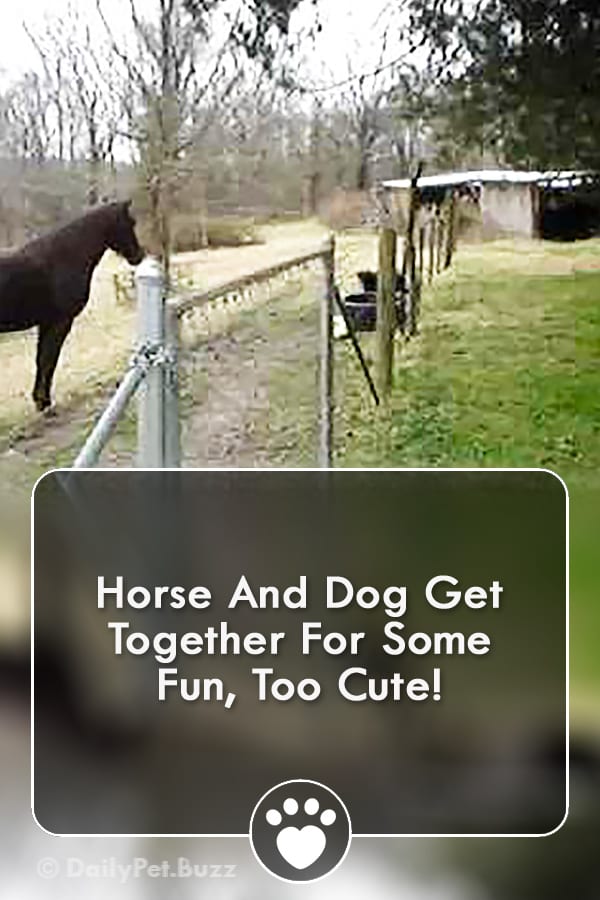