Leaving children in a car on a hot day is never, ever a good idea. It can get very hot in there, and a whole lot faster than you might think. In mere minutes, the temperature can hit 125 degrees and that’s if the windows are open a crack! Children are particularly vulnerable because they’re so small; they overheat a lot faster than adults. All this should be common knowledge, yet time and again we see news stories about children who were left in dangerously hot cars.

Fortunately for a four-month-old baby left in a hot car at a Kohl’s parking lot in Howell Township, New Jersey, a retired police officer happened to walk by. Steve Eckel had been a sergeant at the Middlesex County Sheriff’s Department. Himself a father of six, Eckel was sickened when he saw that little baby in the car. The windows were rolled up and the doors locked, so he had to act fast: “She was sweating, crying, eyes rolling back.” The beet-red baby obviously wasn’t going to last much longer.

Eckel had finally gotten around to cleaning all sorts of junk out of his car but miraculously, he’d left a sledgehammer in the trunk! Firmly, but gently, as they say: the retired cop carefully smashed one of the car’s windows. “I ran around to the other side, caught the edge here, and it just shattered.” Then he plucked the severely distressed but still alive baby from the oven-like car. “I almost started to cry. I got really emotional at that point.” He took the baby into Kohl’s hoping that the air conditioning would help her cool off. First responders later agreed that this really did help.

When 33-year-old Karen Gruen came back to her car, she exclaimed, “Oh my God, where’s my baby?” A responding officer asked, “You’re the mother? Have a seat.” And so she was arrested and charged with endangering the welfare of a child. 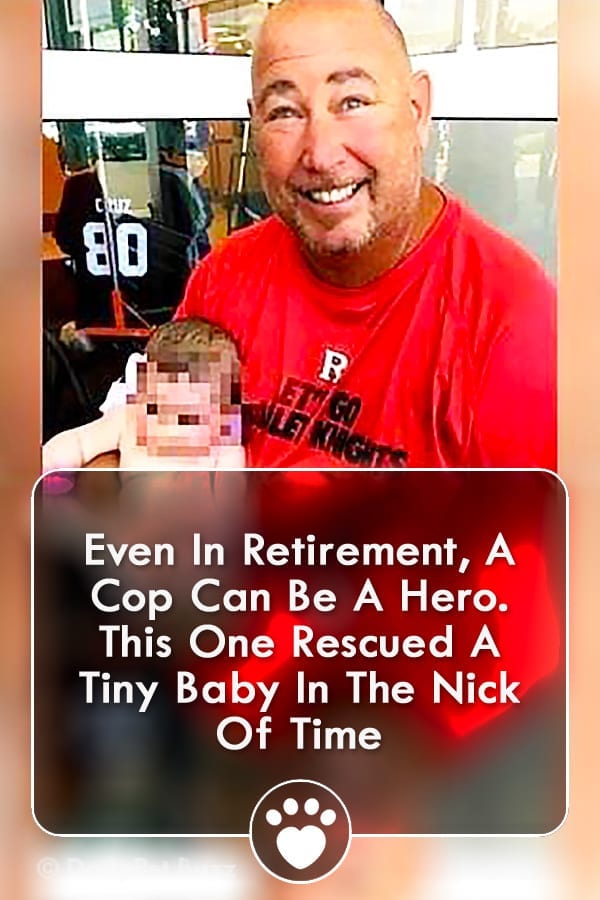