There’s a popular show on Animal Planet called ‘Pit Bulls and Parolees’ that centers around an animal rescue center that focuses solely on pit bulls. The staff comprises of ex-convicts and the drama revolves around both saving dogs and whether a parolee can stay on the straight and narrow. It’s a fascinating study into the psyches of both humans and dogs. This episode, though, tugged hard at my heartstrings.

The head of the Villalobos Rescue Organization, which is based in New Orleans, got a call about a stray that had been seen roaming around a supermarket. She dispatched two employees to go get it. It turned out that they could tell that the dog had given birth recently, given how engorged her udders were. She was as sweet a dog as could be, even as malnourished as she was, but there was no sign of the puppies. Where were they?

After a bit of canvassing the neighborhood, they found a house where a guy said his roommate was the dog’s owner ” but the guy was in jail. They could tell that the puppies were in there, but the guy refused to let them take the puppies. It took the threat of legal action to make the guy let one of the employees take the puppies. There were four of them ” two were fine but the other two were in dicey shape. They took them back to the shelter and reunited them with mom – who was so overjoyed that she immediately hopped into the doggie bed and let them nurse her.

I can’t get too mad at the dog’s owner. He was in jail, for crying out loud. But the roommate was extremely neglectful. Who knows what would happen if Villalobos hadn’t heard about this stray dog? Both the mother and the puppies likely would have died. Fortunately, the story has a happy ending. All the dogs got healthy and were ready to be adopted. It’s too bad that the roommate didn’t have to face justice, but sometimes there’s a trade-off.

I was a mess by the time they went to get the puppies. How about you? Leave your thoughts below! 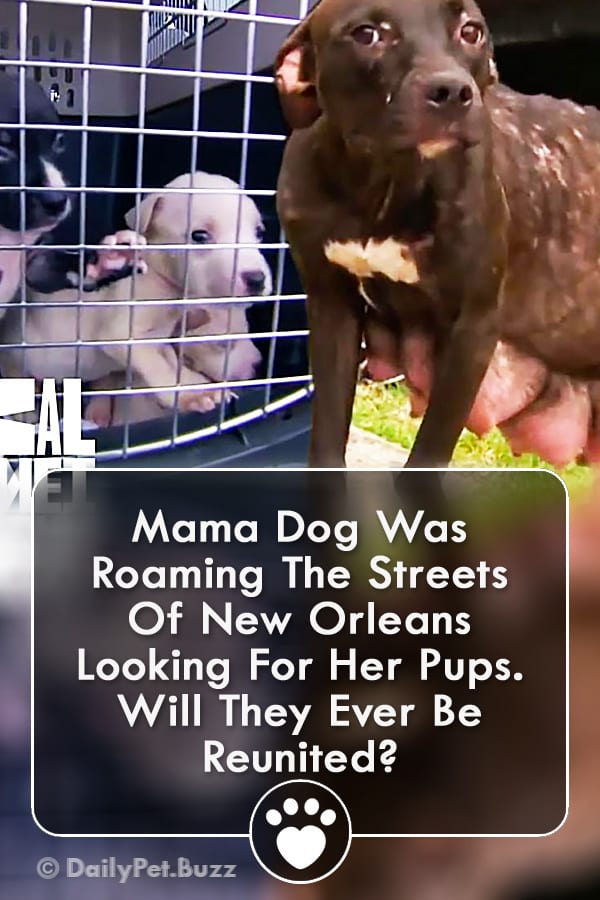