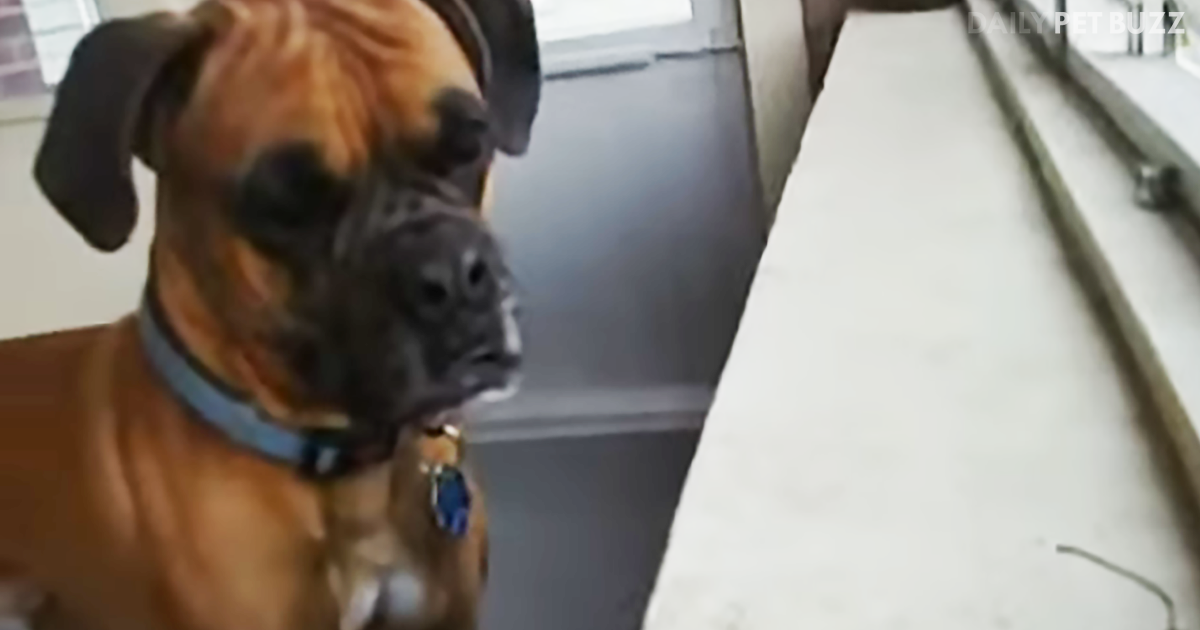 When talking about Boxers, we immediately think of the likes of Mayweather, Tyson, Ali, or Paquiou – some of the bravest sportsmen on the planet. However, here we have the antithesis of that with the hilarious Leonardo, a Boxer dog, who apparently isn’t particularly brave, even by dog standards.

Animals can get spooked by the funniest of things. With no way to question, besides inquisitive barking, they just have to figure out for themselves sometimes whether something is friend or foe. Well, Leonardo isn’t taking any chances and just is going to bark until his new nemesis caves and admits defeat.

And what’s causing all the commotion? Would you believe us if we said a leaf? We doubt it – but that’s the truth, just see for yourself. Leonardo is definitely a character, and it would be wonderful to see what antics he got up to with a pile of leaves outdoors – he’d probably run straight back inside and hide under the bed.

This is such a funny video. Leonardo is hilariously dismayed by a leaf sitting on a window sill. He is going to bark until the leaf declares defeat, and that is all there is to it. Don’t miss this funny Boxer and his innocent, fallen nemesis in the video below. 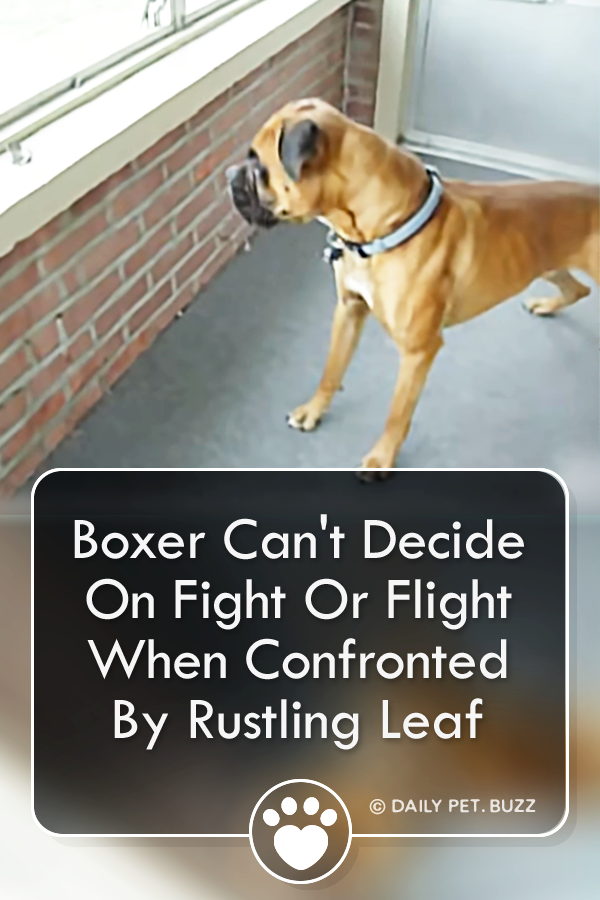