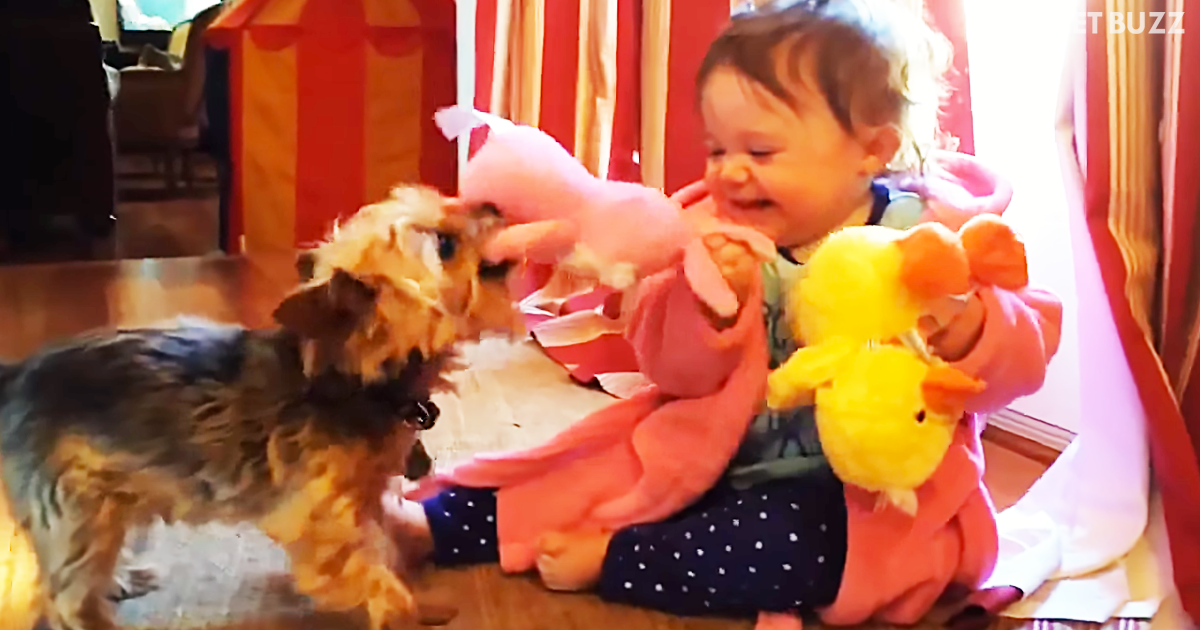 Dogs and their parents have been playing tug-of-war since they first discovered each other, I believe. This is such a silly game that dogs thoroughly enjoy – be it a piece of rope, a towel, or even an old shirt – pooches love to play this mildly aggressive game.

The dogs in this video are all playing tug-of-war, but not with their grown-up humans; these guys are all playing with their human babies. There is such gentleness with these dogs and their babies, though sometimes I think the babies want to play harder, too. There are a lot of adorable giggles from these tiny tots.

The dogs in this video often aren’t trying their hardest. If they were, the result would often be them dragging the baby around like a cooing dust mop. It’s hilarious watching dogs of all sizes playing this game with babies. The parents probably figure that it’s also a great way to keep both of them occupied for a while, so the parents can kick back and just watch the duo play for a bit. Free time is priceless for parents of babies.

What’s really sweet in a lot of these scenes is that when the dog tugs the item away, usually they bring it right back up to the baby like, ‘OK. I won this time. Want to play again?’ Of course, it becomes like taking candy from the tot, but the pooches tend to remain relentlessly good sports with their tiny opponents.

They may also be waiting for the rematch several years down the road. Babies and dogs often make fun playmates because both are imbued with childlike views, and that’s what makes their playtime fun. There is a special innocence that is so pure. 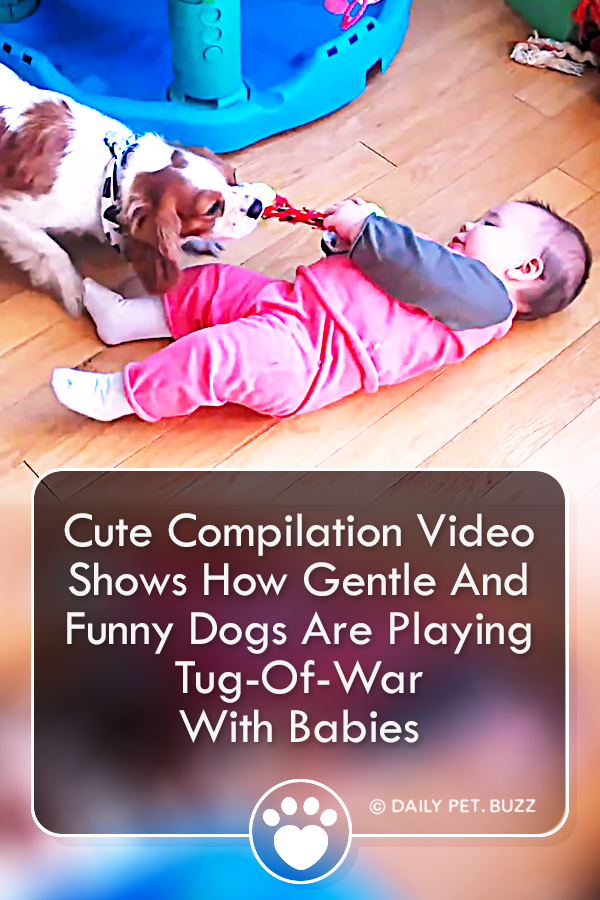