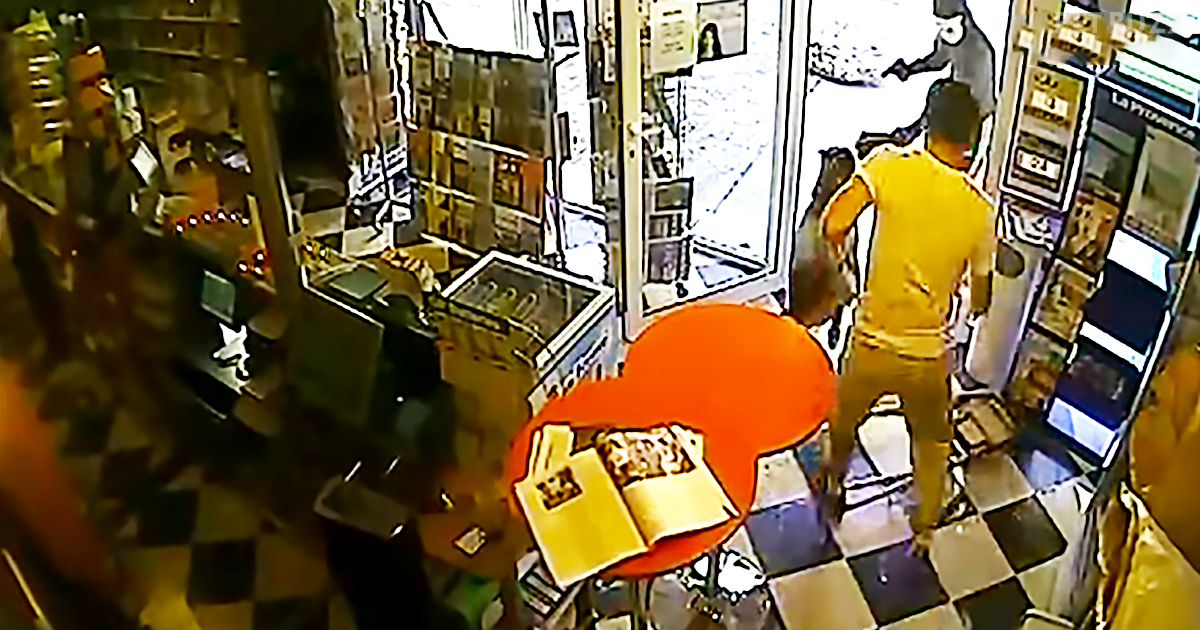 Dogs are truly awesome. When you’re with one, you never feel alone, and you never have to worry about danger on the streets. You know that your dog always has a watchful eye and will always step up to protect you from all harm. Well, this was put to the test one day when the store’s owner went out to empty the trash after the day was done.

It was time to close up, but as he was coming back to his store, an armed robber, masked in black, pointed a gun at him. It’s clear to see the store owner was being threatened, and this looked like a very scary situation that could have ended badly for the store’s owner.

He threw the dustbin at the robber and quickly ran into the store, trying to take refuge behind the counter. However, the masked man followed the owner, still brandishing his gun. I thought that was over, but just then, a blur went past in the security camera footage to launch itself at the armed robber.

This was the owner’s faithful dog that was protecting his human. He did not give up and kept attacking the masked man, forcing him to flee. The owner also went after the robber – the deadly combination of owner and dog against the robber meant that the man had no chance. He fled the scene empty-handed, and fortunately, both owner and dog faced no injuries in this encounter.

Hopefully, the armed thief learned his lesson and decided to give up his thieving ways. In any case, this video should give a fair warning to anyone thinking of trying to make some easy money. Kudos to the dog, which helped turn what could potentially be an ugly situation into one of celebration. This is just one of many reasons why I absolutely adore dogs. 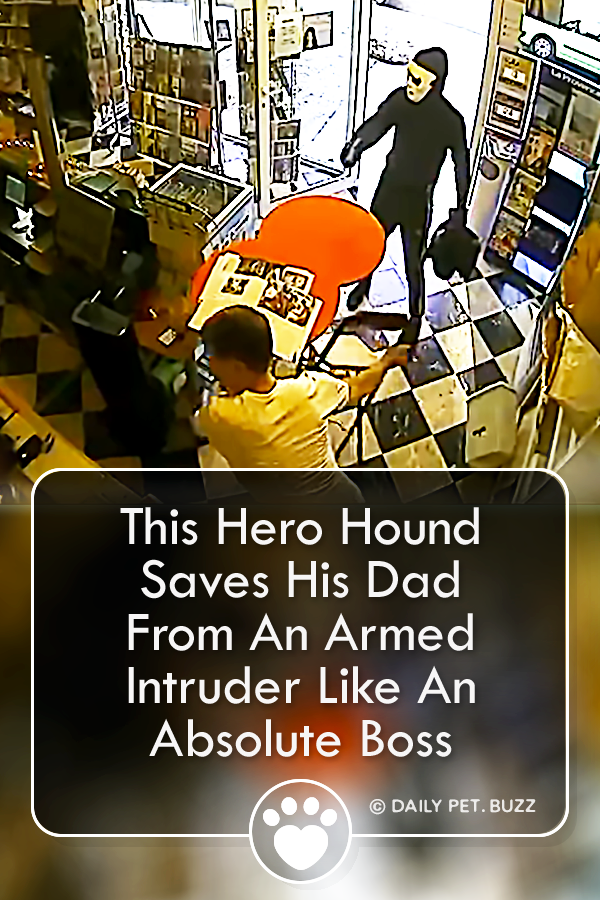