A woman in Los Angeles works tirelessly to rescue street dogs from horrible conditions, and she received a call about a momma dog and her puppies being dumped in the quarry and went to rescue them. She caught the mother, but her puppies were still out there in the 200-acre quarry and she did not know where.

This street rescuer had rescued the momma dog and she was emaciated and malnourished. But her babies were still in the 200-acre Los Angeles quarry, and she needed to find them immediately. Since the quarry was so vast, and surrounded by city traffic, the puppies needed to be located as soon as possible. Finding the puppies would need patience, persistence and skill. They couldn’t survive long without their mother in the heat of the quarry.

This woman trekked under the hot sun, crawled on her hands and knees under trucks, talked to the workers, and pushed through the fences and she finally found the puppies. Mamma Quarry was reunited with her babies, but sadly only three of the five puppies survived due to extreme dehydration. This video is all about hope especially for Mama Quarry. Wait until you see how Mama Quarry and puppies were transformed by the time they were all adopted into forever homes.

What do you think should be done about the current situation of stray dogs? Let us know in the comments. We’d love to hear from you! Please share this clip on Pinterest to raise awareness of the problem of stray animals in Los Angeles. 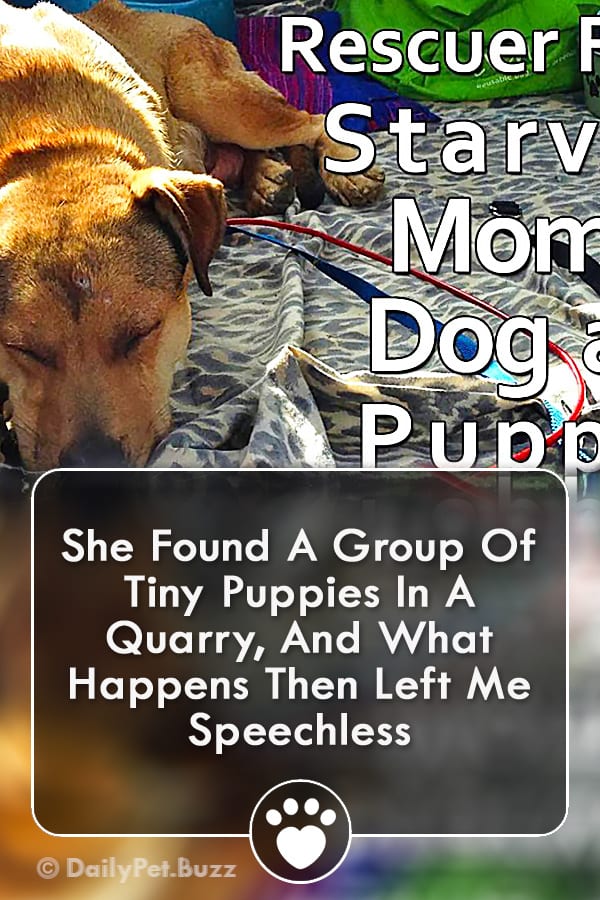