The parrot is an exotic bird for its magnificent plumage. Strangely, that’s not its most cherished feature. That would be its ability to talk ” or rather to talk back.

Some behaviorists had tried to explain the parrot’s insistence to talk back as paranoia. It’s quite possible that the bird is paranoid about people using bad language to curse at it. Try to use bad language in front of a parrot and you’ll get it thrown back at you.

That’s what happened to this black Labrador. Poor dog is still a puppy, 1-year-old at the most. Dogs are super curious about everything that moves and puppies are even worse. This young black lab had no malicious intent. He got up on the couch, put his face right in front of the bird cage, and started a series of whiny bark. It’s a baby bark; he probably just wanted to play.

The parrot was outraged at the possibility of the dog cussing at it. The parrot barked back! This is amazing and quite unprecedented. You got to see it to believe it. A shouting match ensued. Who wins?

The bird was victorious. It turned its head all the way around like the girl in The Exorcist. At the sight of this, the poor black lab puppy lost it and almost fell on his face. Poor puppy!

You can’t blame him though. The Exorcist was rated R and there’s no adult companion anywhere around this black lab pup. You bet he’s going to leave the bird alone from now on. 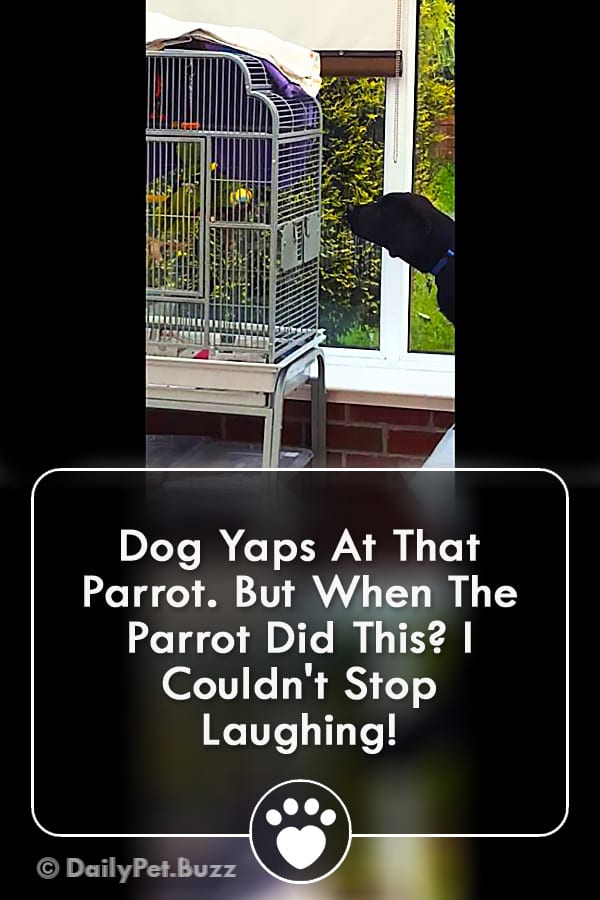