By now most of us are familiar with Hope For Paws and the wonderful rescues they carry out. They are a non-profit animal rescue organization that is involved in the protection and welfare of all animals suffering on the streets of in the shelters of Los Angeles. Eldad and his crew work tirelessly to rescue animals in need.

Hope For Paws received an urgent call in relation to a sick dog that had been living his life in a trash pile. Her name is Miley and they were told that she had been living in that condition for many months. Miley did eat from Eldad’s hand, but she looked like she had already shut down and given up. But when he put the lucky leash on her, she walked with him and hopped in the car on her own.

The rescue team managed to get her out of there and took her to the Veterinary Care Centre. She made herself comfortable in the front seat on the way to the vet. She looked so pitiful and so sad. She suffered from mange, malnutrition, parasites, and bacterial infections. She was treated, but she needed some time for healing. She needed to heal emotionally too.

She started to recover and interact more with the staff and even gave Eldad kisses on day 3 of her recovery. Then two weeks later she met a puppy called Frankie that was rescued from a drain pipe and was scared of everything. But after Miley took charge, Frankie took no time to recover as well and these two became fast friends.

Watch this beautiful story in the video above! Let us know your thoughts about it in the comments! 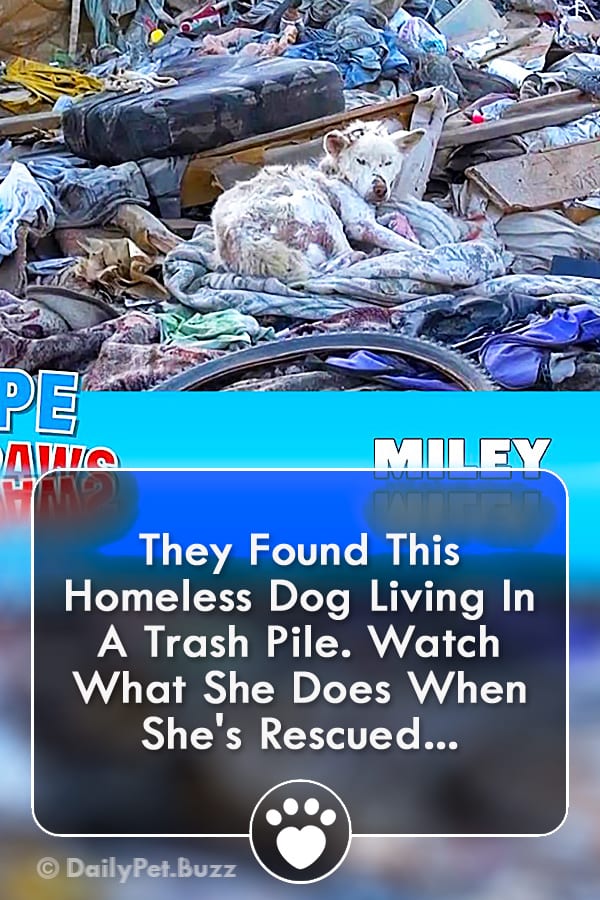