Here’s another story of a dog that was lost at sea and found. We’ve seen several of them, including the one where a dog fell off a ferry. It’s amazing how these pooches have the will to live for so long. I think it’s because they never consider quitting at all. We could learn something from their perseverance. Take this video, for example. It shows how stubbornness and safety can merge into a happy ending.

The Gulf of Mexico is really big. We’re talking 618,000 square miles. If a person or animal fall overboard and isn’t rescued very quickly, survival odds get longer, because it’s an enormous search area. There were some boaters going on a recreational trip and as they were riding along, one of them noticed that there was something orange in the water. At first they thought it was a buoy. As they got closer, they saw a nose. It was a dog! A Jack Russell terrier named Jagermeister, to be precise. The pooch started paddling toward them when he realized he’d be spotted.

The people that rescued him said that if they had been more than five feet away, they wouldn’t have seen little Jagermeister, and who knows if anyone else would have passed by anytime soon. The little pooch had already survived in the water for three hours after he’d fallen off his daddy’s boat. He was playing with house money and that could have been called in anytime after that. His daddy was thrilled to be reunited with him after frantically sending messages of his lost dog.

Unlike a dog that I recently wrote about that survived after falling off a boat in Lake Michigan, JÃ¤germeister was wearing a life jacket. Then again, the Lake Michigan dog was also a Belgian Malinois, whereas this was a Jack Russell terrier. JÃ¤germeister needed that life vest, since he was so small. Thank goodness, his daddy had the foresight to put that vest on him. Safety always pays off.

What an incredible story. I was so happy to see he had the life vest on. Have you had anything similar happen to your pet? Tell us all about it in the comments section! We’d love it if you ‘Like’ us on Pinterest too. 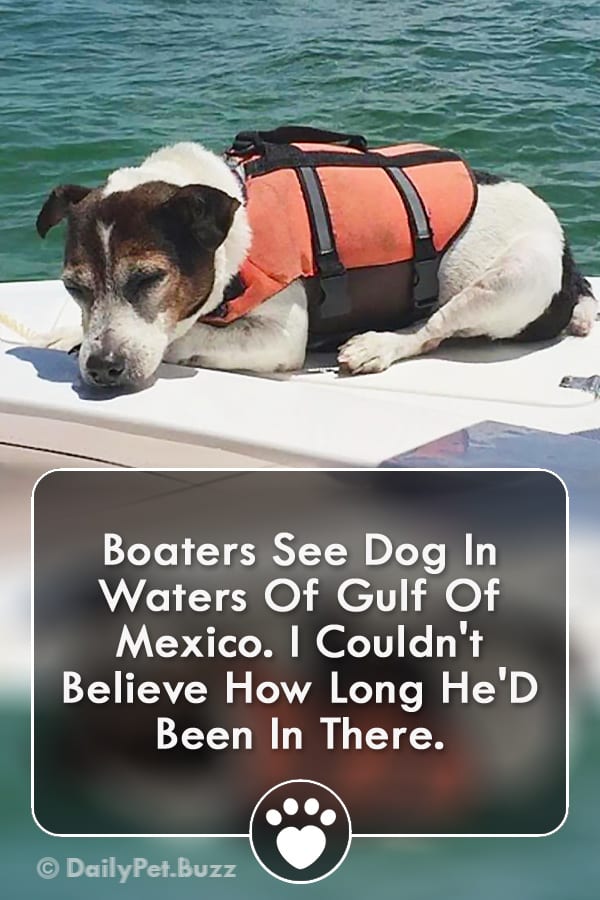