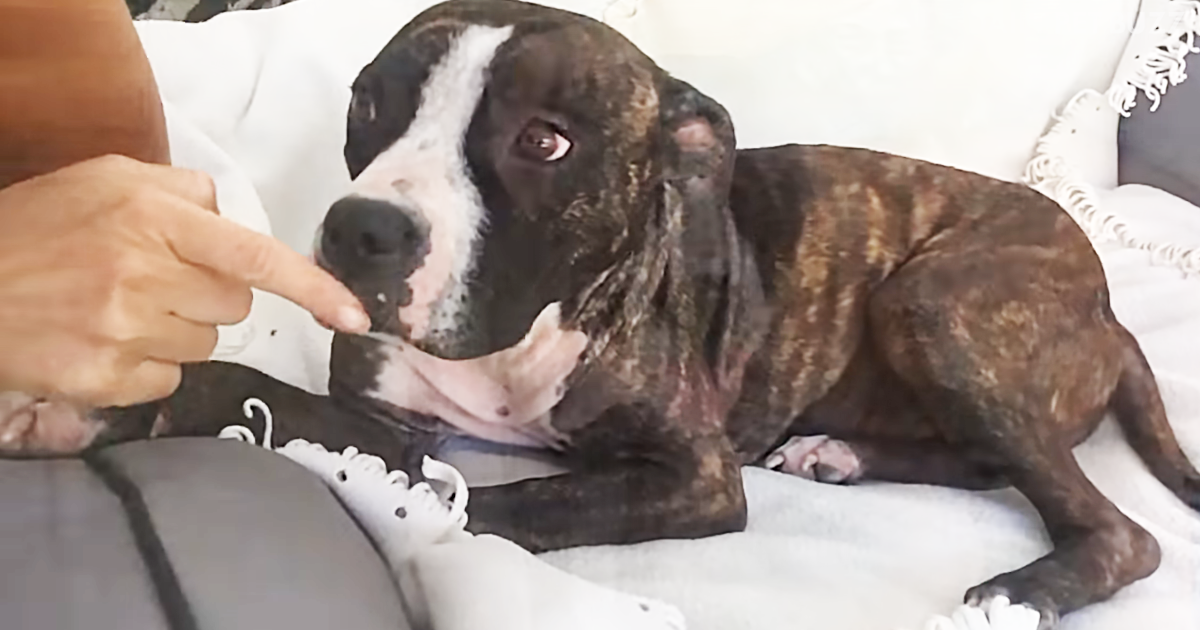 It’s a crying shame that some people think that it’s OK to put dogs in inhumane situations just so they can breed puppies. They don’t care about the well-being of these animals, who just want love, attention, care, and respect. They don’t get that, and sometimes they never do.

There are champions out there, though, that work to make sure that these animals do have a better life. We see Puddle, a Pitbull who is in a shelter because her previous owners used her for delivering puppies – you can see the teats still hanging out from her in the shelter.

A rescue organization brought her into a shelter. People didn’t want to adopt her because of her breed. There’s even a caption there that reads, ‘I’m sorry if I scared you – I didn’t know that I was a pit bull!’ Her next stop was a foster home, where the people there put out a plea for adoption – but it was Christmas. Who would want to adopt an abused pit bull at that time of year?

Life is now good for Puddle, except she has been renamed as Sonny. Her mommy and daddy, who adopted her on Christmas, adore her. She has taken behavior therapy classes and now knows the right way to act around people. She’s gone from being cast away and being used to being in a foster situation to being in a forever home. She can feel so good about her life – and it’s all thanks to the rescuers.

It’s sad that the bad reputation of pit bulls lingers, even though they have been shown to be quite sweet dogs around children and other dogs. These dogs only act badly if they are treated badly. If they are shown love and compassion and respect, then they will reciprocate with those same emotions. Puddle/Sonny got a second chance at life, and she’s going to take that for the rest of her days. Don’t miss her incredible turnaround journey in the video below. 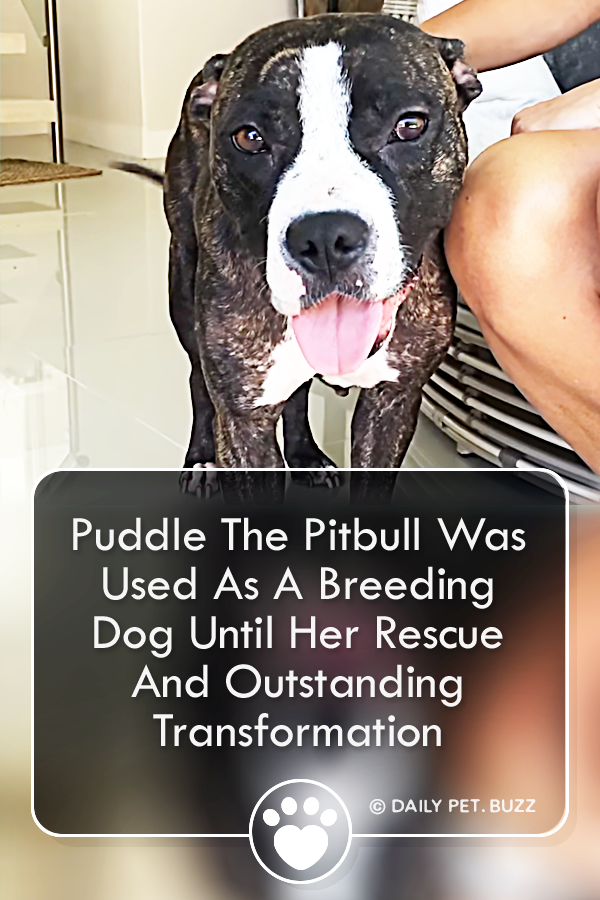