Yorkies are not the most intimidating dogs. Let’s be honest here. If a burglar broke into a house and saw one watching, that dog’s getting locked up somewhere. This video shows four puppies: three males and one female. Mom also prowls around. The brothers spend most of their time playing with each other and the female wants to be a guard dog.

Then trouble arrives. Well, as much trouble as a gathering of peahens walking around the yard pose. The dogs are having none of it. Mommy barks loudly and the four dogs chime in, though they sound as menacing as, well, four very young puppies can. It seems to work, the peahens get the message and move on. World War Yorkie is averted. For now.

I melted when I saw the puppies. In the past, I had only seen full-grown dogs, and while they can be cute, they also seem to rank up there with Chihuahuas in terms of being nervous. Also, there was a woman in one building that I lived in that brought her Yorkie downstairs to the laundry room. This dog had zero sense of self-preservation. I would have to walk carefully into the laundry room while carrying my basket, because if I took one wrong step, I’d be scraping a dog off the bottom of my shoe.

That’s not to say that they aren’t good dogs. They are quite popular. Some women love to put them in their purses. Talk about an early warning system for possible purse snatching. I just haven’t been exposed to the best that they have to offer. The puppies in this video, though. So adorable. Seeing those might sway me to getting one. I just won’t use him or her as a guard dog.

This video came close to changing my mind about Yorkies. How about you? What did you think? Leave a comment below! 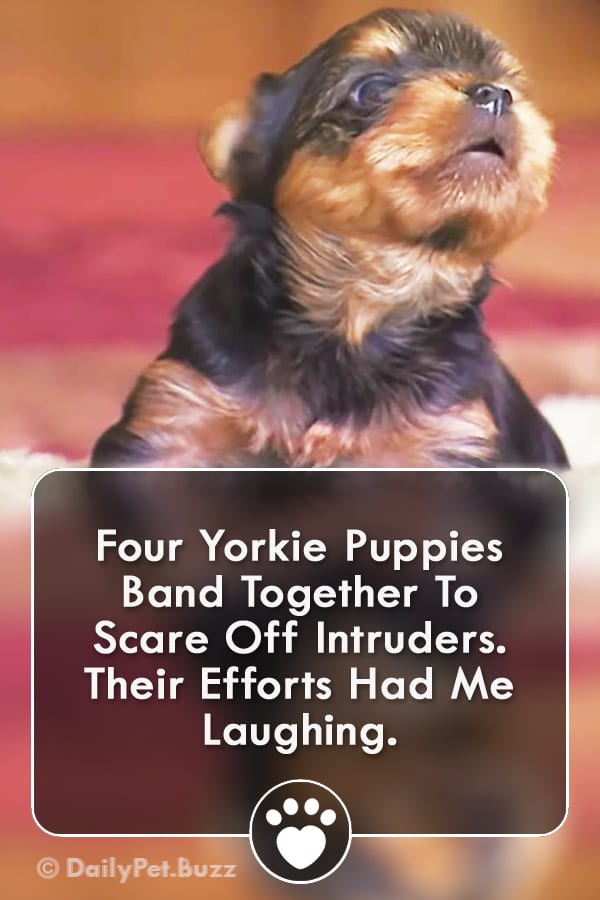