Getting a child to go to bed has long been one of the most difficult things tasked to a parent. I imagine this even happened in caveman days. ‘OG BED! DARK! NOW!’ ‘OG NOT TIRED! ZZZZZZ’ The funny thing is that this seeming energy is often a front and the child will eventually give in. Human children aren’t the only ones who like pulling this stunt on their parents. You need to see this video starring a very cute puppy.

The video starts with a French Bulldog puppy that is loudly protesting having to get into his bed. His mommy tells him that it’s time. More barks. Finally, he grudgingly gives in and jumps into the doggie bed. He may be in there but he is adamant that he is NOT going to.. OK, he’ll lay down. It’s so darn comfy. Right. He may be laying down in the bed, but he is NOT going to go to sle”within 15 seconds of his laying down, his eyes are shut.

Any puppy is cute, but I have the softest spot EVER for French Bulldogs. If I had to watch a 20-hour loop of videos about them, I wouldn’t consider that torture. That’d be FUN. The puppy in this video is definitely willing to fight his tiredness at first. There’s so much going on around him that it would be foolish to not stay up as long as possible.

The vast majority of these videos pretty much start and end the same way ” defiance at the beginning and eventual acceptance and surrender to the sands of Morpheus at the end. Though there are some exceptions. Some can be this close to falling asleep and then suddenly sit up as if they chugged about five expressos. That’s always fun to deal with ” I speak as a survivor of some of those episodes myself. Fortunately this doggie didn’t,

I want this French Bulldog puppy. It must be mine. You hear me? MINE! What did you think of the video? We’d love to hear your thoughts. 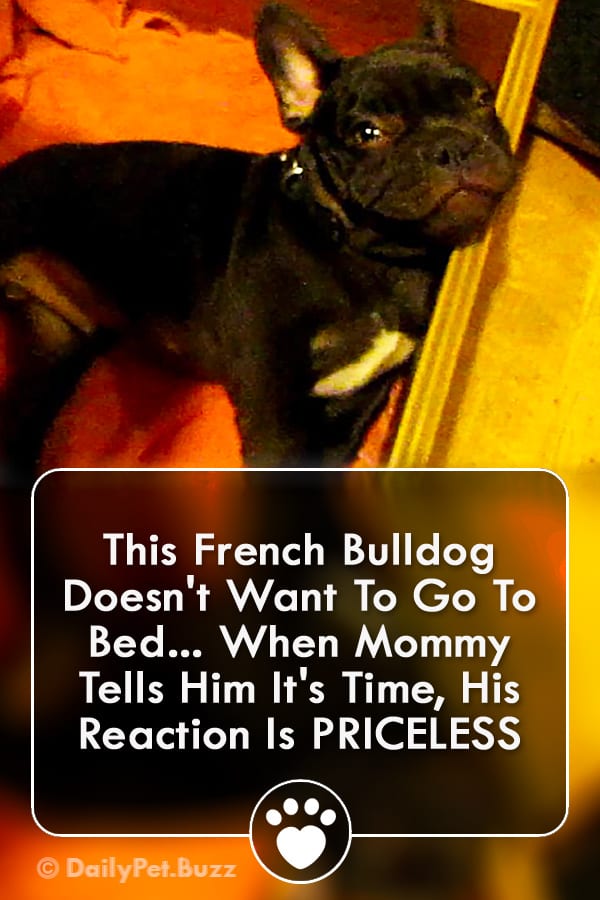