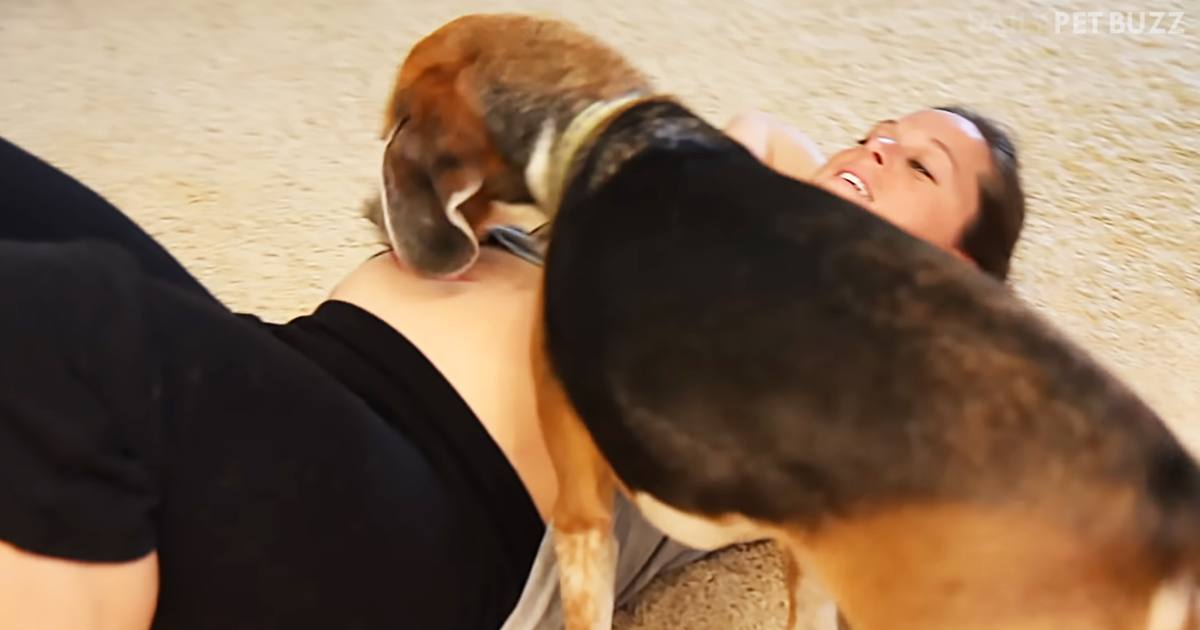 All parents think their kids are geniuses, and the parents of Walter the Beagle are no exception. Jon and Cari take pride in their intelligent pup who knows many tricks, including sit, stay, shake, roll over, and many more. But most impressively, Walter knew Cari was pregnant with her first baby before she was even six weeks along.

Yes, Walter was able to sense and smell that Cari had a baby growing inside her belly, and Mom and Dad were floored by the revelation. In the touching video, Cari lays on the floor at six-months-pregnant. ‘You wanna show me where the baby is?! Where’s the baby?’ Mom asks, before Walter excitedly sniffs around her belly, soon joined by his canine sister, Bindy.

It’s pretty amazing how dogs can sense when a woman is pregnant, and it looks as if Walter is chomping at the bit for the arrival of his little sister. Walter knows exactly what’s inside that belly, and he’s a bundle of emotion. Dad says, ‘He has been our kid now for almost five years, and he has been so much fun. Smart pets are like children. They learn, listen, and keep you busy. It will be an adjustment for all of us in the house now that Baby Averi is here.’

Judging from the last few moments of the video, I think these two will be best friends for life. If this doesn’t melt your heart, nothing will. Check out this clever Beagle in the video below. You can see how excited he is for his new human to join them in real life. 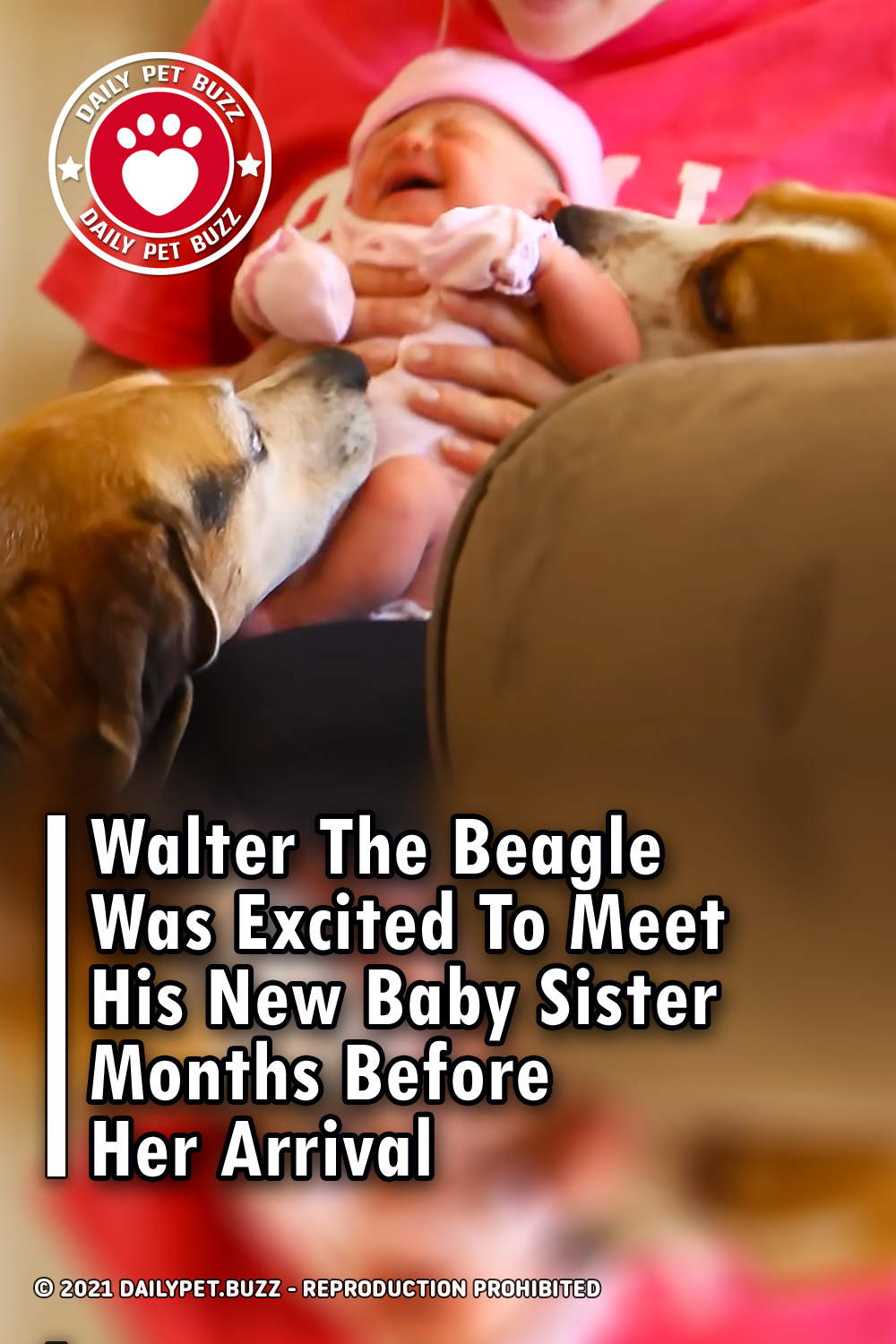