Post-Traumatic Stress Disorder (PTSD) is something that affects many people in high-risk jobs ” police officers, firefighters – but it seems like military personnel are the ones hit the hardest by it. It makes sense since when they are deployed, they are always on high alert and they often see many horrific things or they are attacked. Then they find it extremely difficult to adapt back to civilian life. They need help, and this video shows one of the people who actually did receive it.

Randy was living in his own personal nightmare. He came back from Iraq with PTSD – he was having nightmares every night. Ultimately, he was taking 14 different medications, none of them working and he admitted that he was thinking of suicide every day. As a result, his marriage was crumbling and he was in danger of losing his family, which probably would have pushed him over the edge. Then came Captain, the service dog that he was paying tribute to in this video.

Captain had a rough life too, she was a shelter dog, but she was rescued and brought into the K-9 For Warriors program. Ultimately, she was paired with Randy and the difference she made was astounding. Her support, where she literally led him around outside, freeing him from being prisoner in his own home, comforting him in his bed, banishing those nightmares, and helping him save his marriage, is priceless. That’s why Randy was reading this letter of thanks to her.

Service dogs are SO important for people in these conditions. They can give the love and support that their new mommies and daddies need. Some may caution against assigning feelings to these dogs, but Captain loves Randy and it was an amazing match that brought them together. May they have many more years together as a team. Hopefully K-9 For Vets can help other people afflicted with PTSD.

Have you had experience with a service dog? The bond is fascinating and we want to learn more about it. Can you tell us your stories in the comments section? Also, please ‘Like’ us on Pinterest. 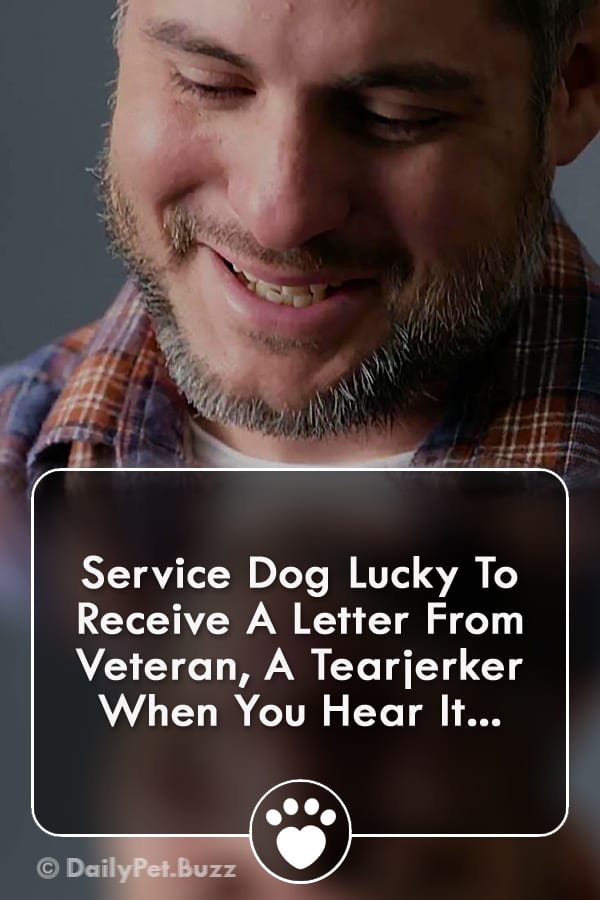