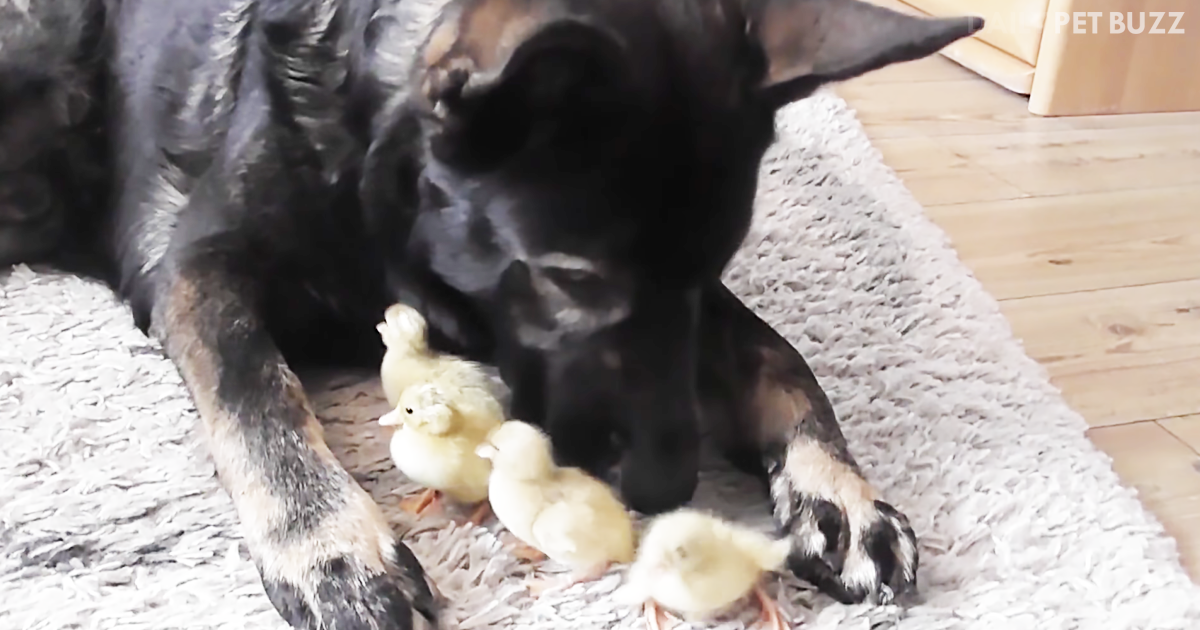 Is there a cuter sight than little fuzzy chicks wandering around? Every time I see a video of them, I just want to run and scoop them up. Even better – a video of a dog hanging out with little peeping chicks. This just made my day completely – and I hope it makes yours too.

We see a large German Shepherd and his ‘flock’ of chicks, who adore him. They waddle right up to him and nuzzle him. They can’t stay still, and he does have to nudge them aside a bit with his muzzle to herd them into one spot so that he can try to rest.

In case you don’t get the name, Thorin is likely named after the Thorin Oakenshield character from ‘The Hobbit.’ I say ‘likely’ in case I’m wrong about that. The little chicks could be the Hobbits. One could be Bilbo, another Frodo, etc.

There were five of them at the start of the video, and then only four crawled into the crook of his paws. One wandered off, right? Thorin wasn’t licking his chops or anything. Thorin does like these ducklings, but he’s also a bit tired.

These little fuzzy tennis balls have other ideas, though. I wish there hadn’t been so much music – I would have liked to hear their adorable little peeps, too. Thorin, though, probably wishes he had ear muffs for that. It’s hard to say one video is the cutest above the others, but these little guys nearly pushed it to the top for me. Check out all the cuteness in the video below. 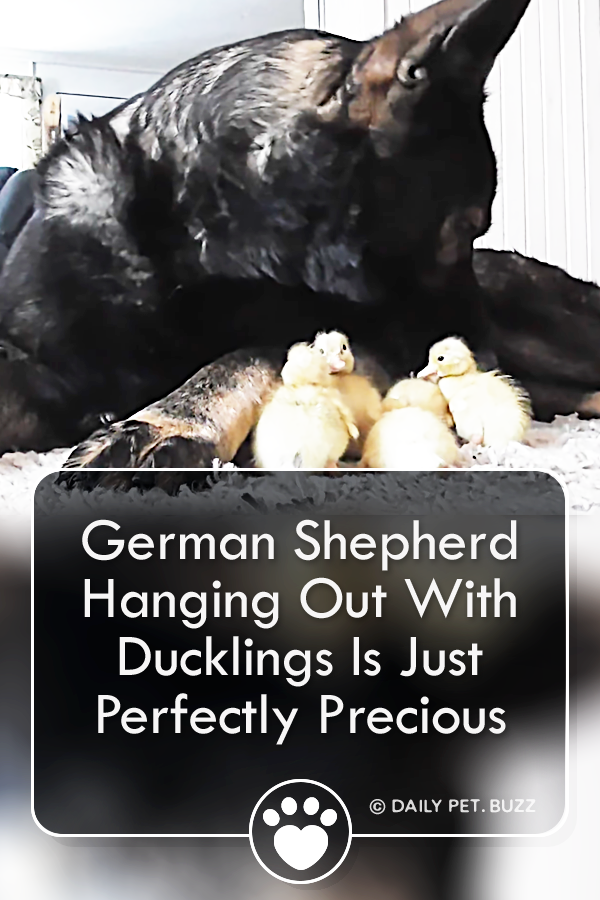