It might be hard to believe for us animal enthusiasts here, but out there in the world, hundreds of animals live abandoned or neglected. We like to share stories of people helping and rescuing animals from awful conditions, but this stories usually start with a poor dog or cat being in a life that they surely don’t deserve. Thankfully, there’s also more and more people every day that try and do something to change this harsh reality, and they make a very important difference.

One day, Jene, a man working in one of this helpful animal rescue organizations, noticed that there was a suspicious box waiting on the side of the road. He saw other people peek in and react to it, but everybody left it there alone. When he checked out what was inside of it, he realized the horrific truth: There was a handicapped puppy abandoned in the box, right there in the middle of the street!

A tiny Chihuahua puppy that had no front legs was lying inside the box, and it looked as scared as he could ever be. The poor thing could have died right there in the open if it wasn’t for the dear people that came to her rescue and saved her life.

Watch this intense but adorable doggy rescue story in the video above, we’re sure it will melt your heart! 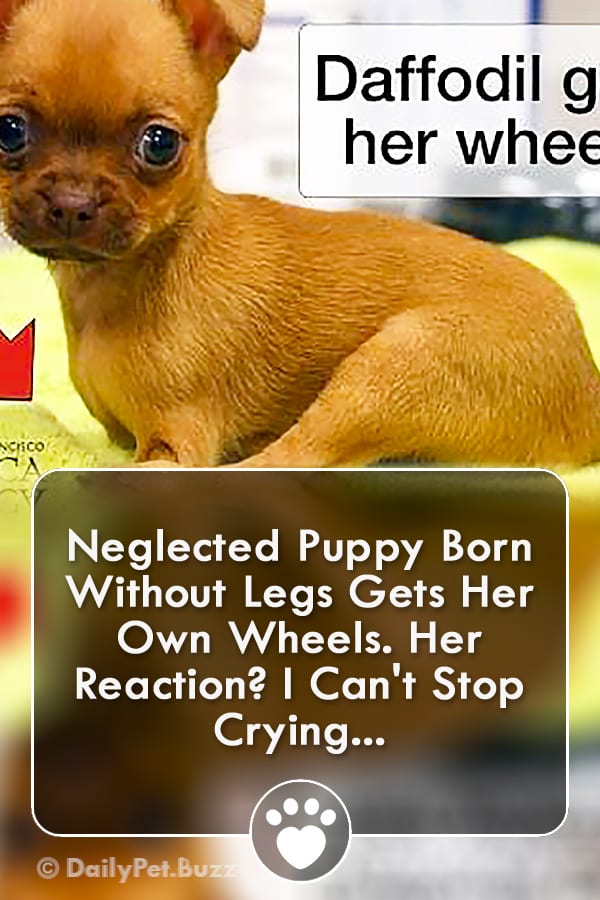