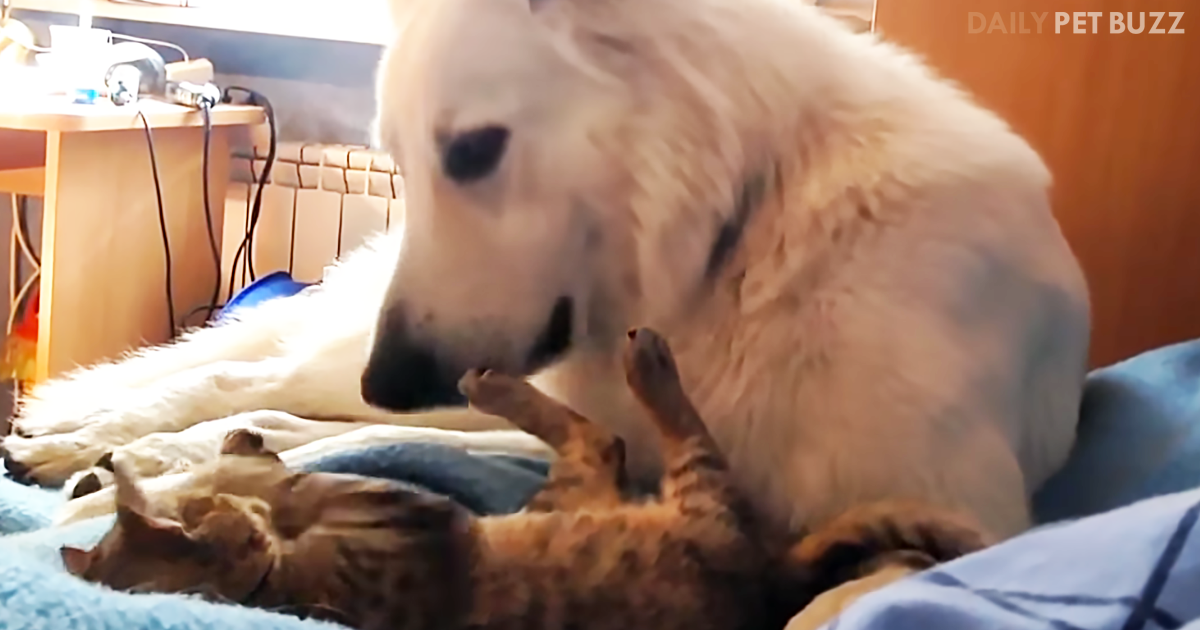 Larger animals don’t always have the upper hand on smaller ones. It depends on what kind of defensive measures the smaller one has. An eagle could be smaller than the dog that is attacking it, but it’s got some viciously long talons and a beak that can gouge out a LOT before the dog could even get its jaws on it.

The same principle is in action here, even though the two animals here are on friendly terms. We see a large dog named Alto playing with a kitten named Apache. Alto tries to play bite the kitty on the neck, but can’t get past the Ginsu-knife like claws that Apache keeps showing him.

There’s no actual scratching, but the pooch could wind up with quite a few marks if he had actually been in attack mode. Then things would have been ugly, and he would have required a good amount of bandages. Alto winds up not being able to penetrate Apache’s play defense, so he just sits up and seemingly howls before adopting a nonchalant stance, like ‘Playing? Who’s playing? Not me!’

Apache continues laying on the bed. If he were a human, he’d have a self-satisfied smirk as he continued resting. ‘The playtime winner and the continued champion of play attack – Apache!’ There’s no getting past those claws.

Both Alto and Apache seem like sweet, good-natured animals that like being around each other. Alto looks like a loveable lug, and Apache is going to grow into a big cat that will really give him a run for his money when he gets bigger. Those videos should be fun to watch. No doubt. Until then, Alto should enjoy having a little bit of a chance when he plays with Apache. I had a hard time deciding which one was cuter. Have a watch yourself and see if you can choose a favorite. 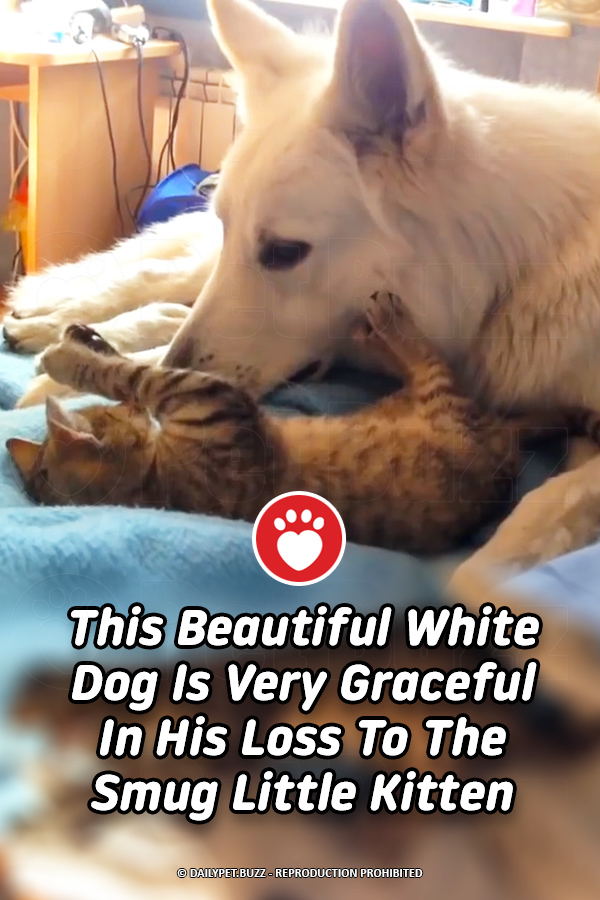