Being in military and police service is an incredible vocation deserving of admiration and respect. Servicemen and women dedicate the best years of their lives to defend the pillars of freedom and liberty. Some of these heroes have four legs and immense loyalty and love to give!

Dogs play an important role in the military, yet they have struggled to earn recognition and appreciation for their work as American heroes. This all changed when a military war dog named Lucca was recently awarded with a special medal.

In 2012, Lucca lost her front leg while sniffing out explosives and defending her platoon. As she was performing her job, a roadside bomb exploded in Afghanistan, costing her a leg in the process.

Lucca had served her country for 8 years as part of the U.S. Marine Corps. 4 years after the explosion, Lucca is finally recognized for her contributions to her country. She was awarded Dickin Medal, It’s the highest military honor for an animal.

Now retired from the military, Lucca, at 12-years-old, is getting along just fine. She has a loving, adoptive owner!

Watch Lucca’s moving story and share it if you think our military and police dogs should be recognized more! 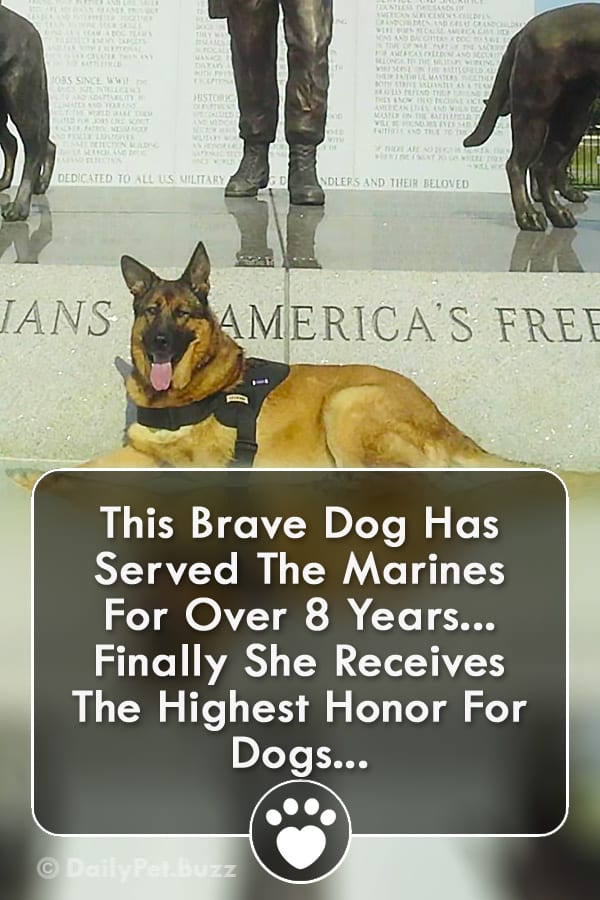