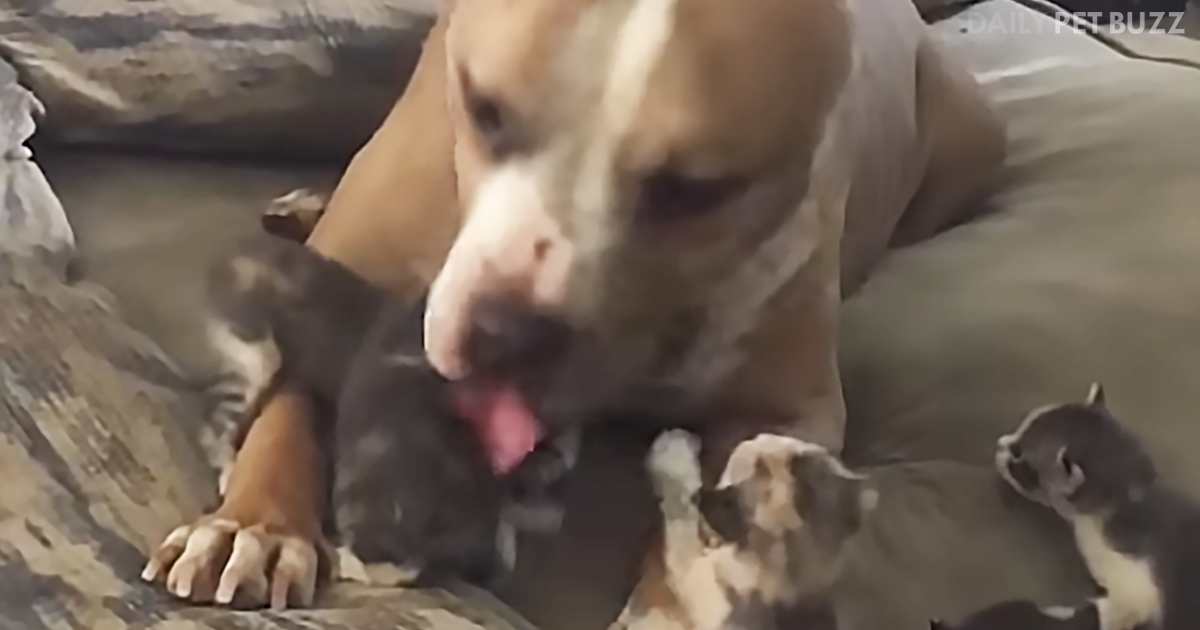 Meet Ozzy. He’s a Pitbull who lives in southern California. In defiance of all stereotypes about his supposedly vicious breed, Ozzy is a real sweetheart: gentle, friendly, and outgoing. He loves people and other animals, too. In fact, it’s said that if a burglar entered the house, Ozzy would offer to hold the flashlight for him.

Ozzy was adopted five years ago and has since enjoyed getting (and giving) a lot of love from his new human parents and their three children. However, Ozzy had one big frustration: he wanted an animal playmate. A cat, perhaps: they seem like a lot of fun.

A cat named Norm was already in residence when Ozzy joined the household, but he wanted absolutely nothing to do with the canine interloper. “The grumpy old man just tells him to fluff off,” as Jennifer Lajeniss, their human mom, put it.

Fortunately, Ozzy’s years of frustration recently came to an end. Jennifer noticed that a neighborhood stray cat was pregnant and became increasingly concerned about her welfare. So they went ahead and adopted the cat, naming her Winnie.

Before long, five kittens were added to the household’s animal roster. Ozzy, the cat-obsessed Pitbull, was in seventh heaven. Whenever he heard one of the kittens’ mewings, he’d run right over to make sure everything was okay. He’d also lick them, just like a mother cat!

According to Jennifer, “Ever since we’ve allowed Oz to interact with the kittens, he’s been so happy.” Winnie doesn’t mind Ozzy’s role as a doting uncle at all. In fact, she likes to rub against him as a way to say thank you. Check out the video posted below to see this big Pitbull acting just like a mama cat. Four of the kittens already have new homes lined up, but the family is keeping Winnie and Troublemaker (one of the kittens). 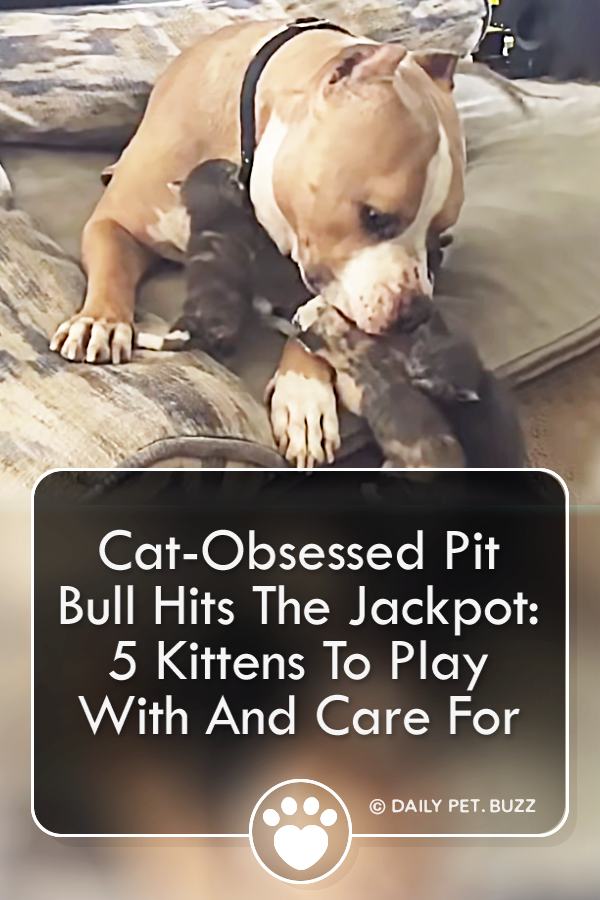