Members of an Italian sailing club were recently out on the water in the Gulf of Naples, when they spotted something incredible in the water. There, paddling along in the cold water nearly a mile from shore, was a yellow puppy.

The poor thing struggled towards to boat, battling rolling waves, cold, and exhaustion. While it wasn’t obviously clear how the puppy had gotten into the middle of the ocean, one thing was obvious: he needed help.

The sailors plucked the shivering dog from the waters. He stared at them with desperate, thankful eyes as they toweled him off and held against their bodies for warmth. They ordered a rescue boat to take the puppy to shore, where they would soon discover his mysterious origins.

That morning Noodle, the little yellow puppy, had fallen overboard during a ferry ride from Naples to Ischia island, approximately 20 miles west. Mario Di Meglio says he was bringing his new pet home when the puppy slipped out of the leash and went overboard. The ferry refused to stop, saying he had likely already drowned.

Lucking, Noodles was reunited with his owner and nursed back to full health. The ferry company that refused to stop has apologized, and is launching an internal investigation.

Watch Noodles’ rescue story in the video above! What did you think? Leave us a comment, we’d love to hear from you! 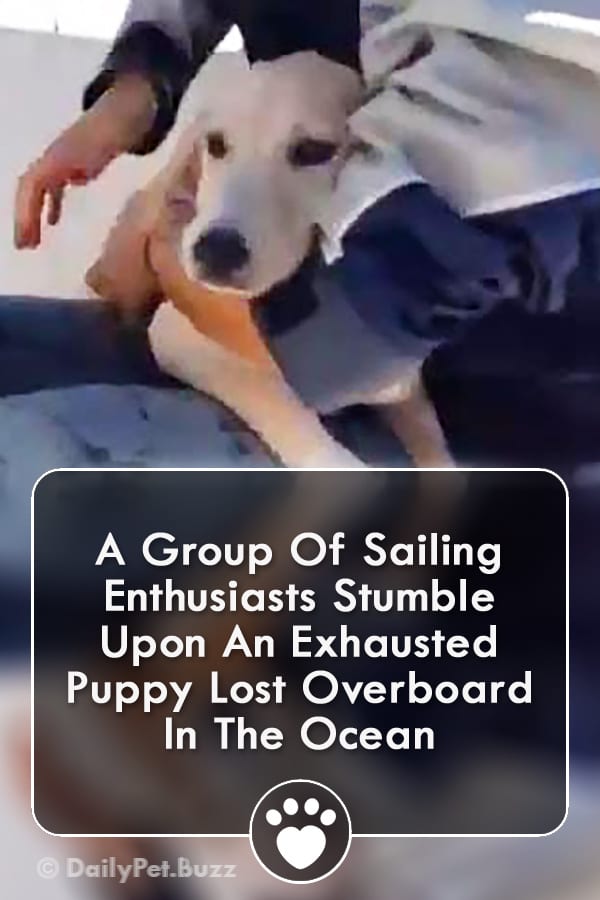