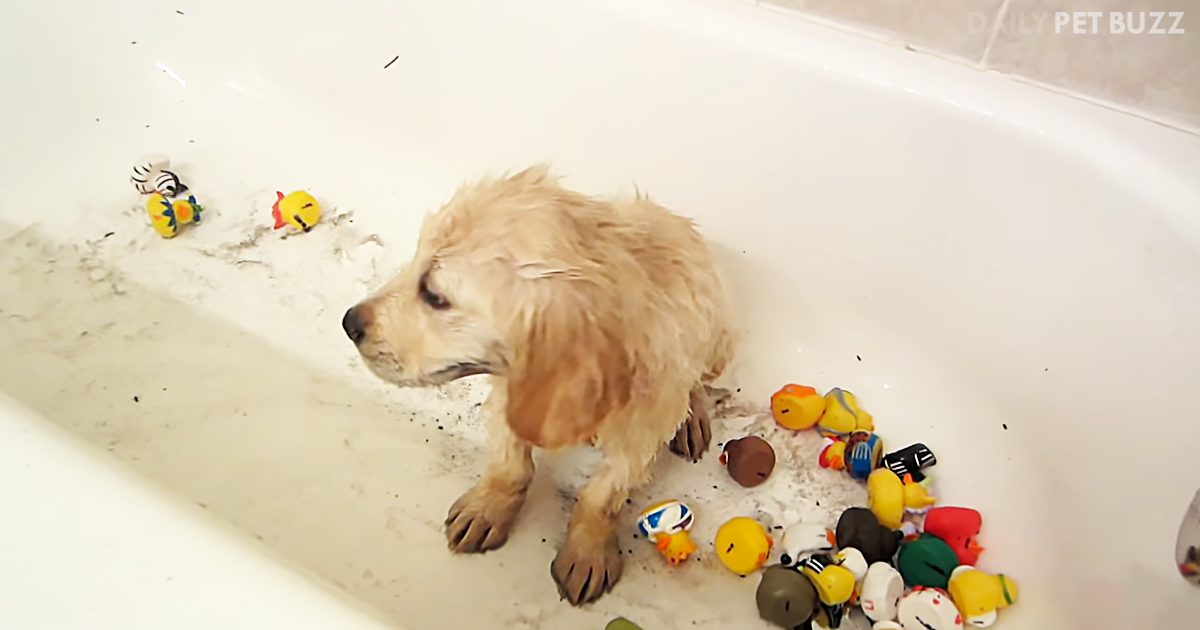 Having a dog is great. They can be so loving, cheerful, loyal – you name it. But there’s a flip side. They can get REALLY dirty, especially if they go to a dog run and proceed to roll around in the dirt. Pigpen from ‘Peanuts’ can be cleaner than some dogs. So, when they get home, that means it’s time to wash them. It can be funny though — take this video from popular YouTube user TMarTn.

We see TMarTn talking in the kitchen – he explains that he took his dog Cooper, who you may have seen before when he had a hilarious Valentine’s Day video that ended with him peeing on the bed, to a doggie social area. The problem is, the 11-week-old Golden Retriever got FILTHY.

TMarTn even says he’s now a Black Lab. The sink is too small to handle this level of mess – so it’s time for a big bath. Before he washes Cooper, TMarTn puts in about 8 billion squeaky toys, probably to distract the pup while he’s being washed.

The cleaning ends, and it’s time for some towel drying. He then puts Cooper in a fenced-in enclosure to let him dry off a bit more. Soon, he opens the door to the enclosure, and Cooper hesitates for a few seconds. Perhaps he’s afraid that TMarTn will throw him back into the tub. That’s not the case, and we’re bid adieu by the duo.

The video ends on a hilarious note when TMarTn goes back in the bathroom and looks at all the dirt and grime that Cooper washed off that’s still caked on the tub bottom. He sadly shakes his head and then shows us the damage again. People who have active dogs certainly shake their heads knowingly when they watch this. Cooper is still so darn adorable that it’s all good, though. It’ll just take a while to clean the tub. 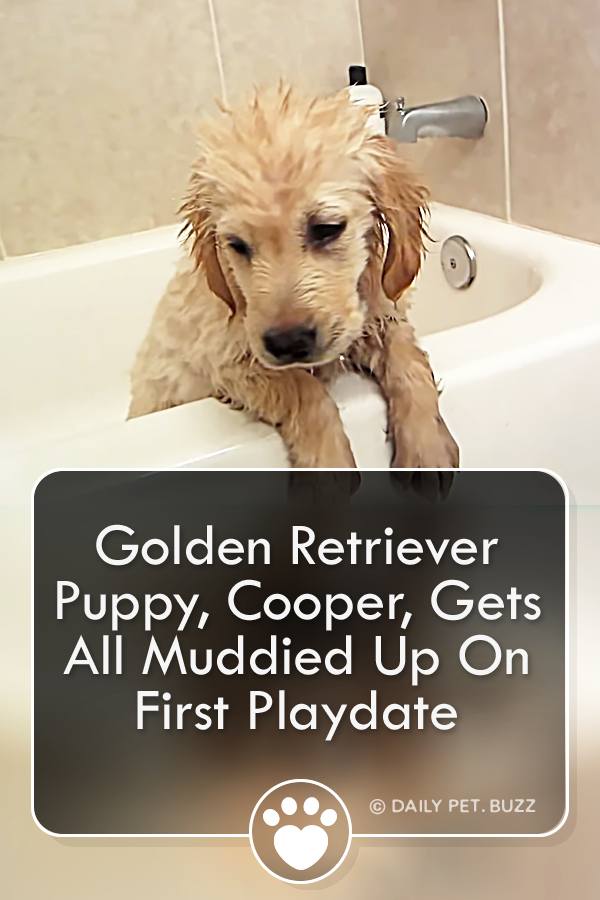