An all-time Disney classic, The Fox And The Hound is cherished by many people of all ages because of its beautiful depiction of friendship between animals. And now, they’ve come to reality! In the following video, you will see a duo that resembles these cherished cartoon characters very much. You’ll instantly fall in love with Sniffer and Tinni!

Tinni, the dog in the video, is a German Shepherd that met Sniffer, the fox, when he was just a tiny little baby. Tinni was in the woods, in Norway, with his human parent Torgeir Berge, who was there doing his photography work along with his loyal canine companion. While they were there, Tinni noticed cries coming from deep in the woods, and after they found the tiny fox, they couldn’t avoid helping him out. He was so tiny and cute as a baby!

Sniffer needed food and company, and with his mom nowhere to be found, they decided to take him with them. They quickly befriended each other and created a very deep bond, and it will touch your heart to see how their relationship has developed. They look like they were born to play together, and it’s delightful.

Watch this adorable animal friendship in the video above. 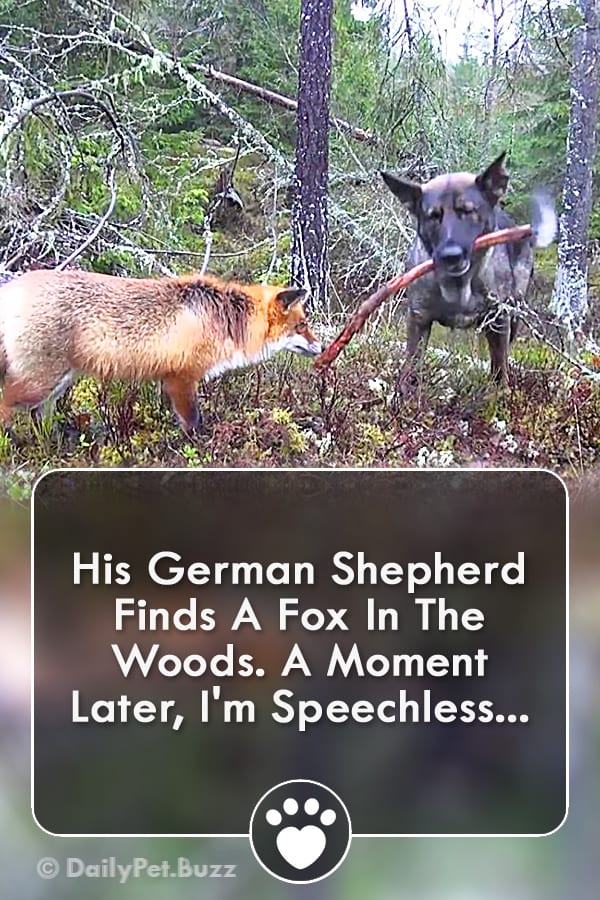