If you are a pet owner, you have probably wondered more than once, what it is that they are thinking. Both cats and dogs are always up to something. Cats, on the one hand, are the ones that I have the most difficulty reading. With dogs it is easy, they make all sorts of noises that give you an idea of what they might be up to. But, when it comes to cats, they are silent all the time.

The man in the following video goes one step ahead to create a hilarious voice over for this video. This man lets the dog know that all his treats are gone. He was saving them for him, but the cat found them tasty, too. The conversation that follows is going to leave you in stitches. While a dog can’t speak or engage in any form of long communication, many experts suggest that they are completely aware of what the owners are saying to them. Dogs have a deeper understanding of us than we would like to acknowledge.

Their inability to speak does not intervene with their understanding of the context that it is taking place. Dogs base their understanding of our words on the intonation that we use when pronouncing them. For instance, if we are giving them in order to come to us, the intonation that we use is softer than if we were telling them to go away. Even if you try to use a soft voice to let your pet know that you are going to be taking him to the vet, he will probably see through your deceit and not be willing to go.

The dog in the following video truly understands what is taking place. It’s that the cat is being accused of eating his treats and he is definitely not happy about losing all his bacon. Especially because the dad seems to be okay with it. If this pup could speak, we are almost sure that he would probably say the same things that his dad is saying in the voice over. Just check out the dog’s expressions! This video will definitely have you laughing out loud.

Dad’s behavior is not cool according to this dog. I am almost positive that he is going to be seeking some form of revenge, at least from the cat. I also feel a little bad for the cat because he will definitely be held accountable for dad’s sense of humor. If there is still justice in this world, dad will probably be getting a nice dose of karma for this. Just check it out! 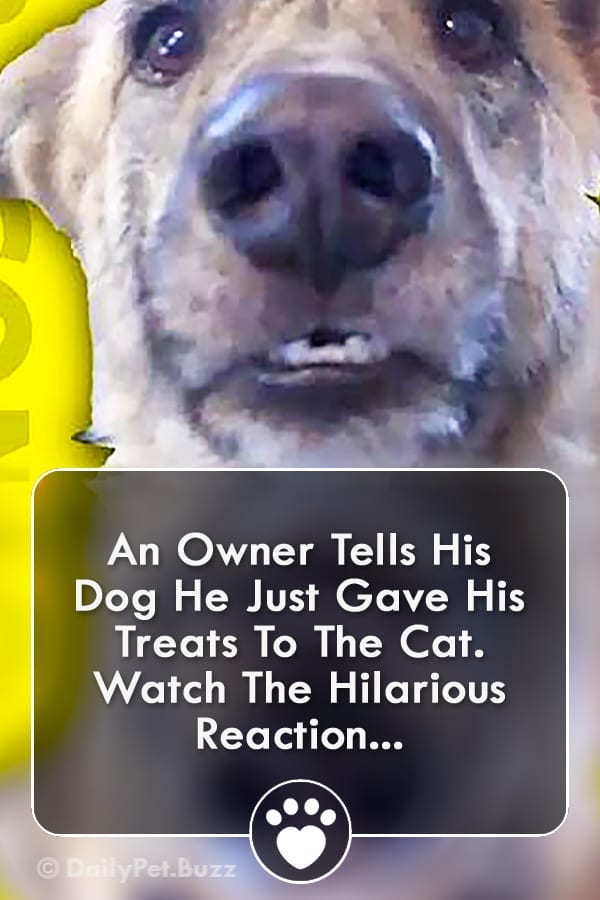