Canary Wharf in London’s Docklands, has seen a massive amount of construction in the last few decades as a formerly decrepit wharf area has been transformed into a center for high finance. At one construction site in the neighborhood, the workers got quite a surprise when they turned up at the job site one morning. Something was moving around down there in the muddy pit. It looked like it might be a puppy.

The construction workers immediately climbed down into the pit to rescue the unfortunate animal. It looked to be in pretty bad condition, coated with a thick layer of crusted mud with bits of plastic mixed it. The presumed puppy was also thoroughly exhausted. It wouldn’t have been much longer before the poor creature died of exposure or suffocation. They immediately rushed the canine to the nearby South Essex Wildlife Hospital.

The staff at the animal hospital got a nice, warm bath going and started scrubbing off the mud. Once a fair amount of it had been washed away, it became clear that this puppy wasn’t a puppy. It was a young red fox! You might associate foxes with forests and meadows, but they have been known to successfully make a go of it in urban locations. Foxes are omnivorous and there are plenty of treats to be found in a city. The best estimate is that there are about 10,000 foxes in London. Aside from exhaustion and dehydration, the freshly-cleaned fox was in good health. The staff named her “Muddsey” and kept her at the hospital until she had fully regained her strength before releasing her to the wild.

We’ve posted a video about Muddsey’s rescue below. As you’ll see, going from mud-covered “puppy” to beautiful red fox is quite the dramatic transformation. 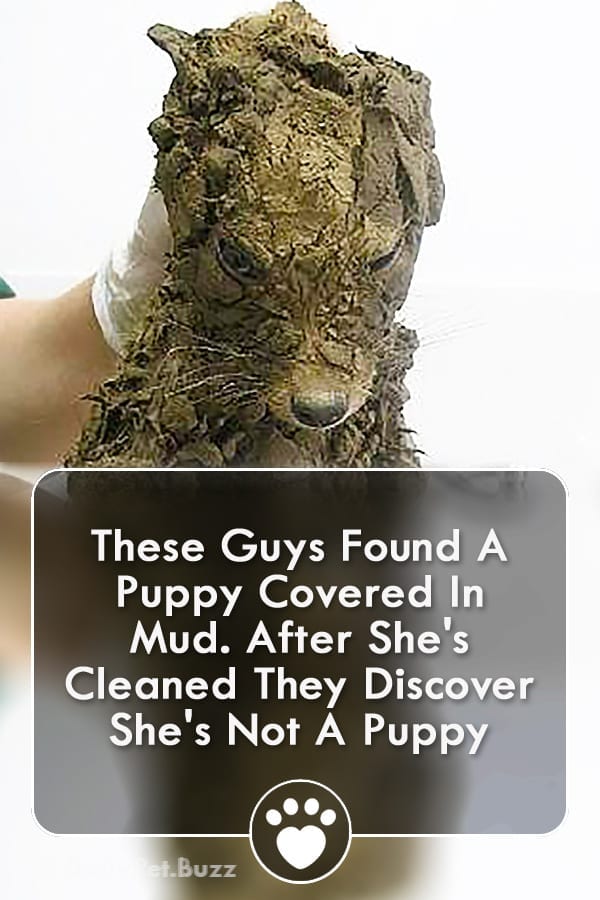