I’m not one to really ride horses. I think the last time I was in a saddle was when I was nine years old. Let’s put it this way ” Ronald Reagan was in his first term as President when that happened. I had a little bit of a scare with a galloping horse then, so that flashed back just a bit with this video here, which shows a rider named Elisa Wallace taking her horse Simply Priceless though a jumping trail at the 2016 Rolex Kentucky Three-Day Event. It’s from her point of view.

What really amazed me was Simply Priceless’ coordination. There were a LOT of tough jumps in there. If either of them stopped paying attention for even a split-second, I’m sure that the results would have been disastrous. It was amazing to see him jumping in the water sections. It was a very well-designed course, though the only horse jumping I’ve seen before has been in a enclosed area, not on a trail like this.

This video makes me appreciate all the training that must have gone into this. It’s a testament to the focus of both Wallace and Simply Priceless that they can run this course in a little over 12 minutes in what looks like rainy conditions. I found myself wanting to reach in and wipe one of those drops off the lens of her head camera, but what are you going to do? Simply an amazing ride for both of them.

I do have to warn anyone who is about to watch this video that the constant running motion and the bobbing of Simply Priceless’ head might trigger an inner-ear situation for those who are sensitive to motion sickness. Just letting you know. You might want to watch a video that’s not from the perspective of the rider, then. I’m sure there are plenty of them out there. I’m still going to stay on the ground and not ride horses –

Wasn’t this an amazing video? I was fascinated the entire time ” it didn’t feel like a 12-minute video, did it? Tell us your thoughts in the comments section! Please ‘Like’ us on Pinterest, too. 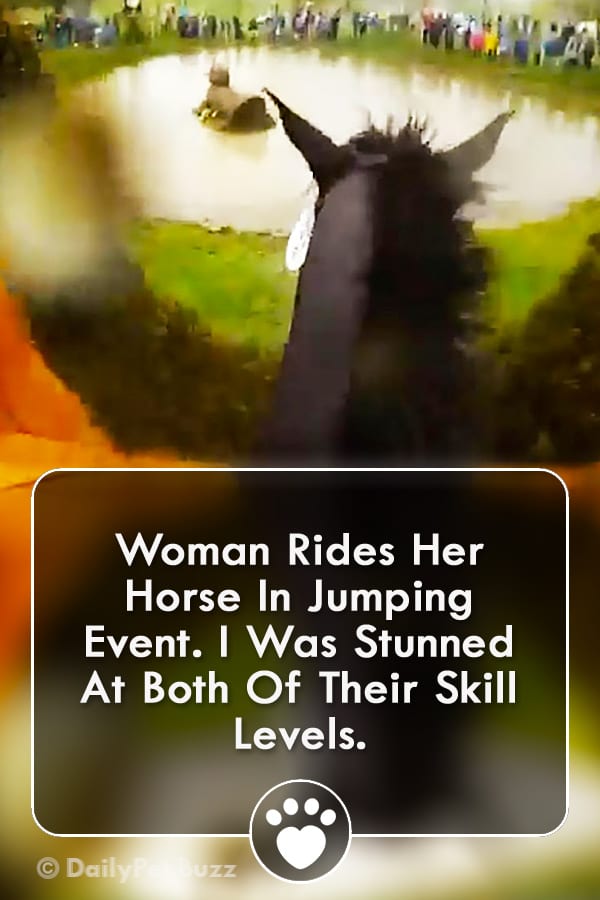