We’ve all heard the saying that the eyes are the windows to the soul, well this video will have you agreeing with every word of it. This is the story of ‘Cruz’ the 2-year-old ‘Pit Bull’ found living on the streets of San Bernardino, California. Cruz was in a bad way when he was finally rescued, he was unwell and covered in ticks. Being on the streets he was understandably apprehensive about being caught by the people trying to help him.

Pit Bulls have a reputation, probably in some cases justifiably’ as being extremely aggressive animals. The Pit Bull was first developed by crossing breeding ‘Bulldogs’ and ‘Terriers’ with the intention of creating a much stronger dog that could be used in such blood sports as ‘Bull-Baiting’ and ‘Bear Baiting’ . These sports have been banned all over the world since the early 18-hundreds but involved putting a bull or bear up against another animal, namely dogs.

This ban unfortunately lead to the organization of underground dog fighting where gambling was the catalyst for such a horrific sport. It was easier to conceal fighting dogs than the previous form where Bulls and Bears were the attraction. It has been reported by law enforcement agencies that the Pit Bull is the favorite dog used by criminals to guard illegal narcotics and to also attack police in the line-of-duty.

In 1996 the Pit Bull was renamed the ‘ St Francis Terrier’ by the ‘san Francisco Society for the Prevention of Cruelty to Animals’ in an endeavor to encourage people to adopt them as family pets. Only 60 dogs that had been temperament-screened were adopted until the program was scrapped due to several of the pets killing cats. The same system was later tried in ‘New York City’ where the dogs were known as ‘New Yorkies’ . But this to was abandoned after overwhelming public opposition.

Because of the history of this breed, Cruz’s rescuers were a bit cautious when handling the young dog. The used a choke stick on him to bring him safely to their shelter where he was caged for his own safety. One of the shelter workers ‘Maria Sanchez’ was convinced that Cruz was an animal that just needed some love, and set out to make him as relaxed as possible, after all, his adoption depended on it.

As you watch the video you can see in his eyes that all he really wants is someone to take care of him and give him the love that he so longs for and has probably never had. As Maria gets his confidence he get closer and closer to her outreached hand until he is nuzzling up against her.

Dog lovers around the world should watch just how gentle these miss-understood canines can be. It is heartwarming to watch this dog who has been on the streets change into a gentle giant that was always inside of him. 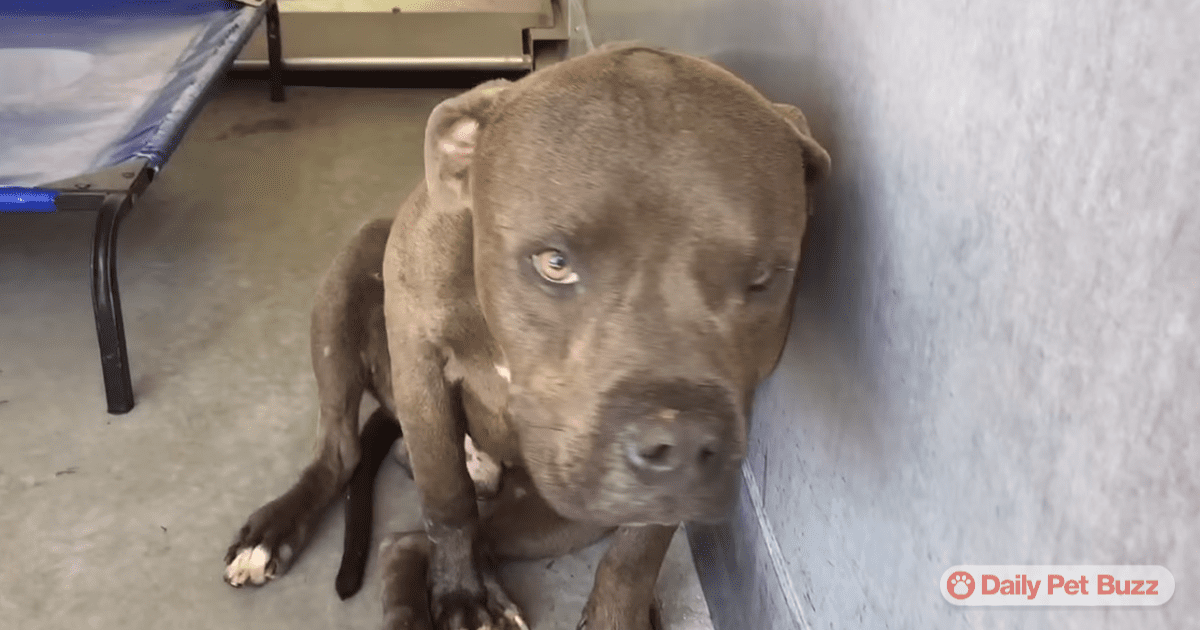 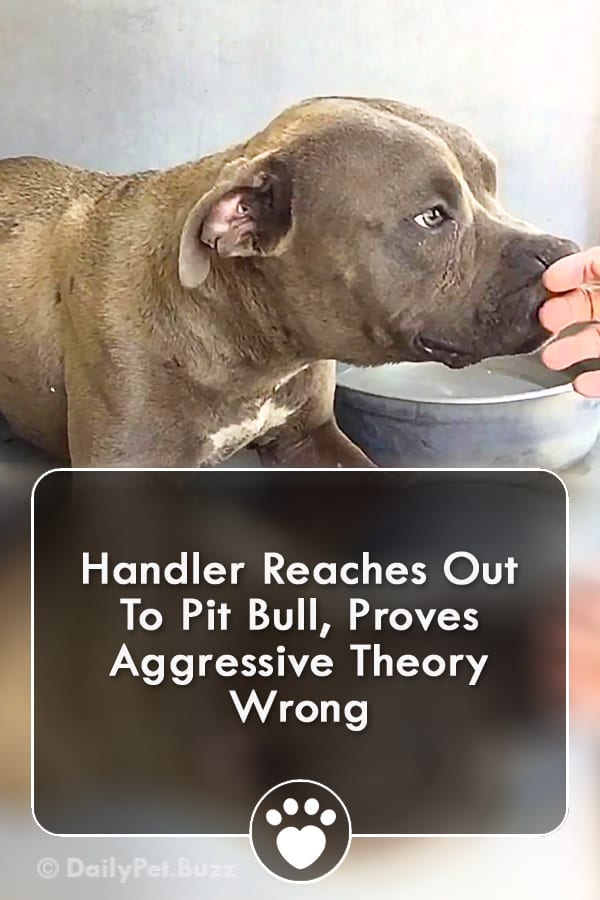