If someone asked you to name two animals that don’t get along, you’d probably say cats and dogs. They really do seem to be natural antagonists: one aims to please while the other thinks they rule the roost. Some quick thinking by the staff of an animal shelter discovered a happy exception to this rule.

Bobby the Chihuahua was only two days old when his mom was struck and killed by a car. He was brought to the Michigan Humane Society’s shelter where the quick-thinking staff came up with an interesting idea. The tiny Chihuahua “really needed mother’s care. They had a mom cat that was recently still nursing and they thought, ingenious idea, to maybe see if maybe this puppy could go along with these guys and see if mommy cat could treat him like one of her own. And it actually worked! It was a very successful tryout and we’re really happy about it.”

The mother cat, a tabby named Gwen, actually did let Bobby the Chihuahua add himself to her litter of adorable little kittens. Maybe it was because Bobby was about the same size as the kittens or maybe Gwen is a super-mom. As you’ll see in the video posted below, everyone was getting along splendidly.

Ryan McTige of the Humane Society summarized what happened: “You think about mother nature and how cats and dogs aren’t supposed to like each other but as we all know at the Michigan Humane Society, that isn’t always the case and this is an extreme example of that. They’re spending some time in a foster home right now getting all the socialization, all the love that they need, and all the medical attention they require. And as soon as they’re ready, they’ll go up for adoption here at the Michigan Humane Society where they’ll all find loving forever homes.”

Stories like this can strike a chord with people. If cats and dogs can get along, may we can, too. Let us know what you think in the comments at Facebook. Like and share to melt some more hearts! 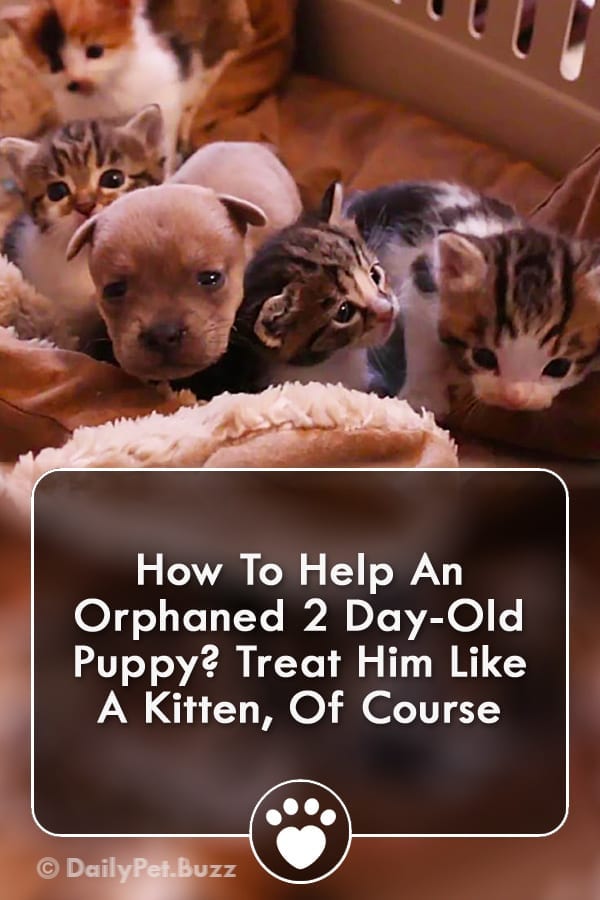