Finding a new friend is always a happy, exciting time. Sharing new experiences with someone, finding common interests, and learning more about one another is quite fun. Sometimes, you can even have this experience with someone you never expected to befriend in the first place.

While we know what this is like as humans, animals go through this as well. They enjoy finding new friends to play and cuddle with, bringing more happiness and comfort to their day. At South Africa’s Thula Thula Rhino Orphanage, a beautiful friendship recently blossomed after the rescue of Ellie, a baby elephant who had been abandoned by his herd. Ellie’s abandonment had left him extremely depressed, but when he was introduced to a new friend, things started to change.

With an allergy to milk and an infected umbilical cord hernia on top of his abandonment, Ellie was going through a lot when rescuers came across him. Usually, issues like this result in an animal being left alone to die. Thankfully, Ellie was brought to the orphanage in time to get the proper care necessary for him to survive. Despite being a facility that primarily treats rhinos, the workers couldn’t bear to leave Ellie behind. They were able to treat his physical problems, but had some more trouble when it came to treating his depression.

As an animal that is meant to travel in groups and socialize with others consistently, Ellie’s abandonment was deeply affecting him, and he didn’t seem to be bonding with the rhinos. Instead, he often wandered around by himself, his head drooping. The workers knew they needed to provide him with companionship before things became even worse.

Watch the video to see who Ellie’s surprising new friend turned out to be! It’s definitely not who you’re expecting. Then share the surprise with your own friends and leave a comment below telling us what you think! 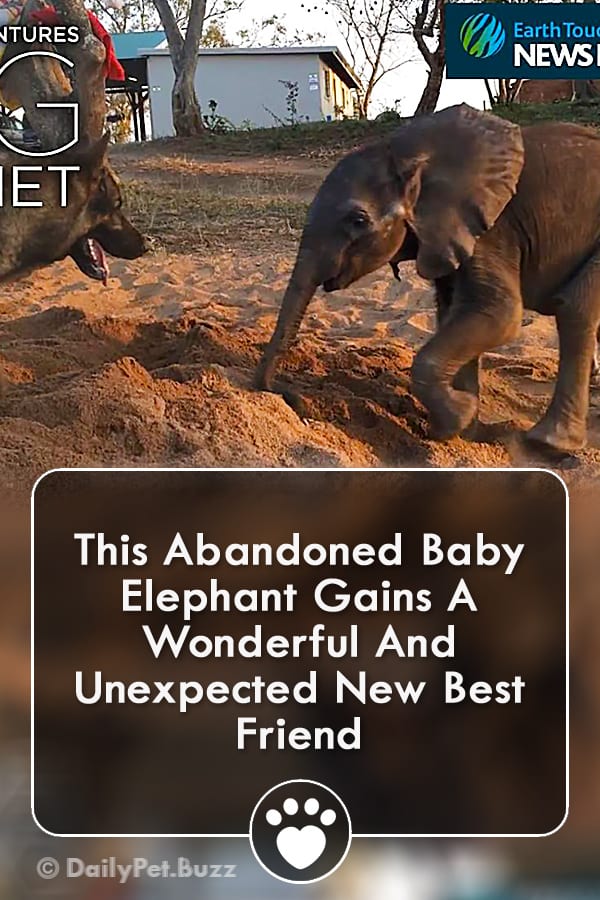