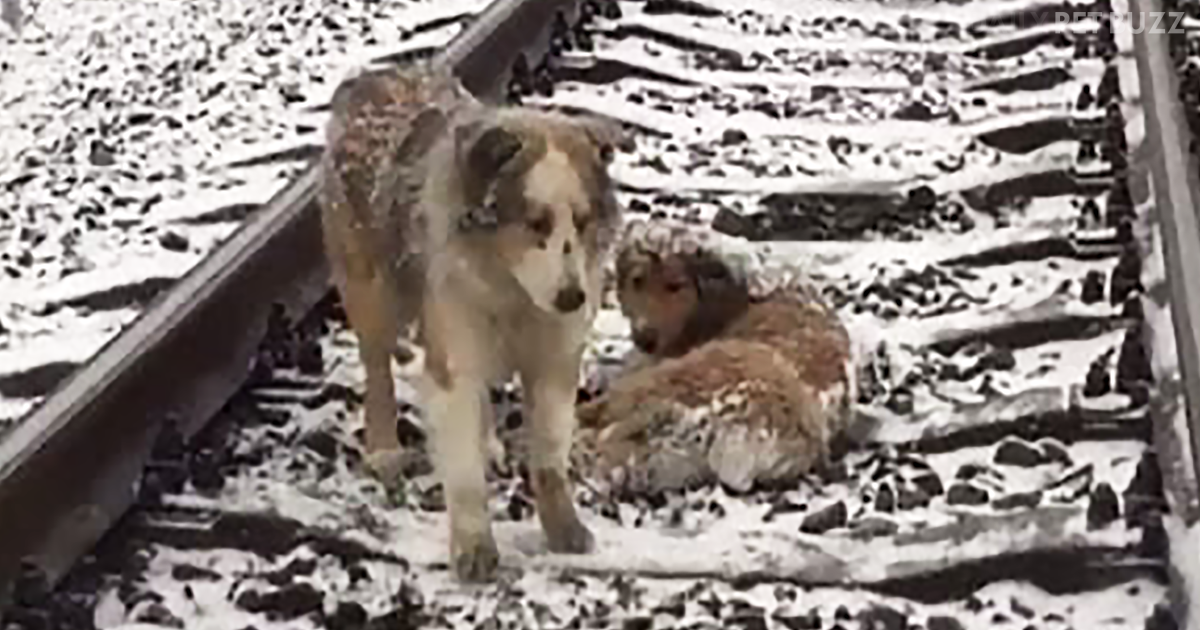 True friendship stands the test of time and also the trials of hardship. This really came into view when one injured dog couldn’t move. Unfortunately, she wasn’t lying in the center of a meadow or somewhere safe. She was trapped on snow-covered train tracks, and these were not abandoned train tracks.

In fact, when you watch the video, you will notice a train barrelling down the tracks. It’s clear the driver has not noticed the dogs lying in the center. With my heart in my mouth, I watched the train go over the dogs. But fortunately, they were safe. The healthy dog put his head over the injured dog, pressing her down on the tracks so that the train ran safely over them.

This meant that fatal injuries were prevented, thanks to the heroic dog that had the good sense to think ahead. He also lay close to the injured dog for two days, sharing his body heat to keep the injured dog from succumbing to the freezing cold temperature.

Eventually rescued, the injured dog was named Lucy, and her protector was named Panda. Both dogs’ parents were located, and they were reunited, safe, and healthy, and it was heartwarming to know that they were not strays, but instead had loving forever homes of their own.

This story is definitely heartwarming and is worth every moment of your time to watch. I wonder if many humans would behave in the same way, what a different world it would be. 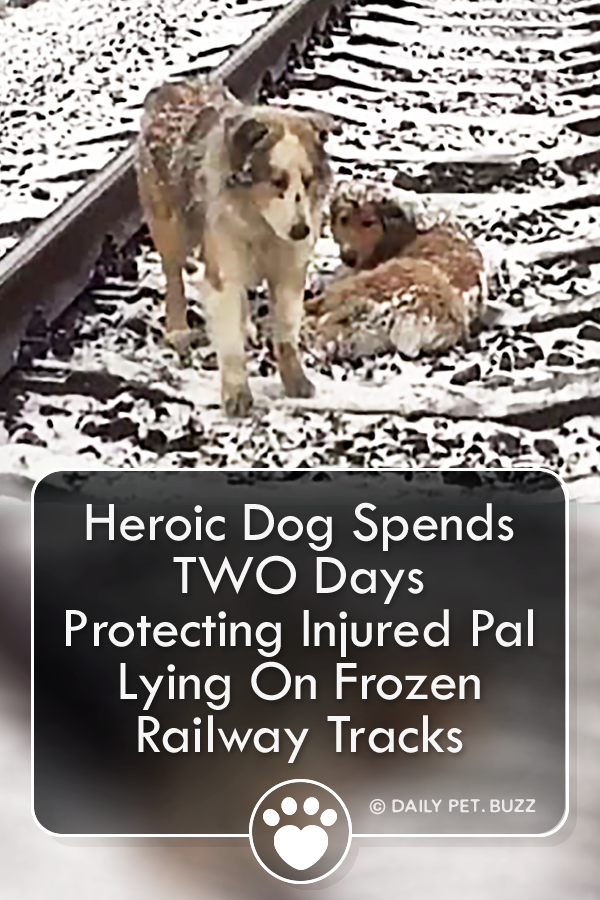