Sometimes we can get really frustrated with someone and all we can do is look at them and shout our heads off. But when they don’t even trouble themselves to look our way and respond to our outburst, it only leads to more frustration! It is safe to assume that the little toddler in the following video is experiencing something similar!

She has all the right hand gestures and the frustrated tone of voice. But I think her argument is falling on deaf ears because the pooch doesn’t look very interested in dealing with an irate child. He just wants some chill time on the sofa! He’s a bulldog, and the expression on his wrinkly face makes this argument with the baby that much funnier.

At one point, as the little girl is reaching a high point in her argument, the bulldog leans forward, gives her a sniff, and then flops down on the couch in his ‘I’m staying here the rest of the day’ pose. I bet he’ll be asleep before she finishes.

Watch this hilarious video above. She makes quite the argument doesn’t she? Let us know your thoughts about it in the comments! 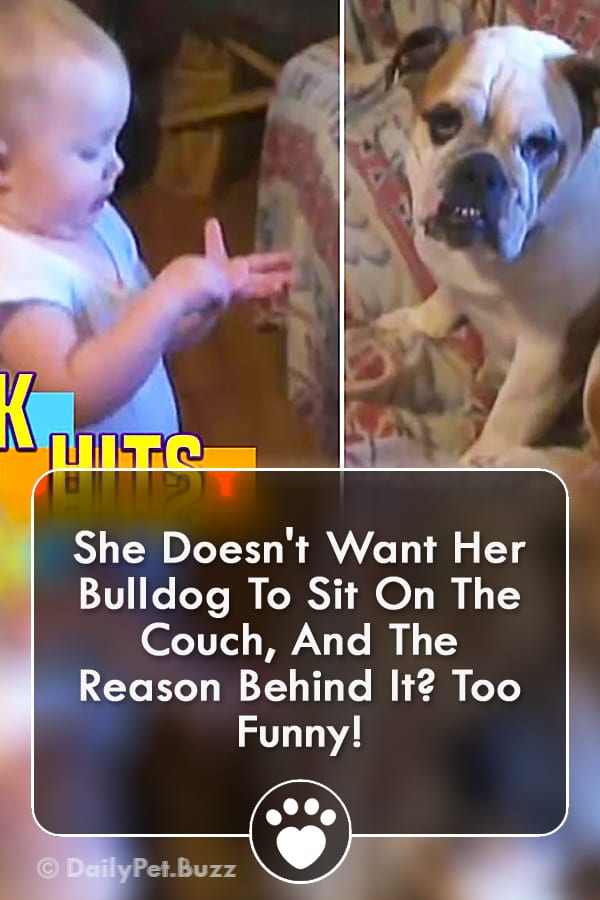