Certainly dogs have tempers and of course, they flare up every now and then. This one is proof that pups are more like three-year-olds than we care to admit. He is hysterically obvious about showing his true feelings and doesn’t seem to care who he embarrasses by expressing them. Dogs know exactly what they need and want and will usually live peacefully with humans. But on occasion, they might just get really mad like this pup in the video.

This defiant dog communicates his feelings quite clearly when his owner decides to leave the dog park before his pouty pooch is ready to leave. This funny video shows the dog is clearly upset and doesn’t want to leave his friends or his playtime. Just like a toddler, he throws a temper tantrum in public and lets his owner know exactly how he feels, much to his owner’s embarrassment. By barking. And barking. And barking. I’m certain if he could actually talk, he would make the driver go back to the dog park so he could have more fun.

Has your pet ever embarrassed you by showing his frustration in public? The funniest part of this clip has got to be when the driver actually asks the dog a question. He asks him if he’s a Texas fan and the dog goes totally quiet. Ha! Apparently the dog is not just chatty, he has a very strong opinion on things, but no one can stop him from saying exactly what he’s thinking. 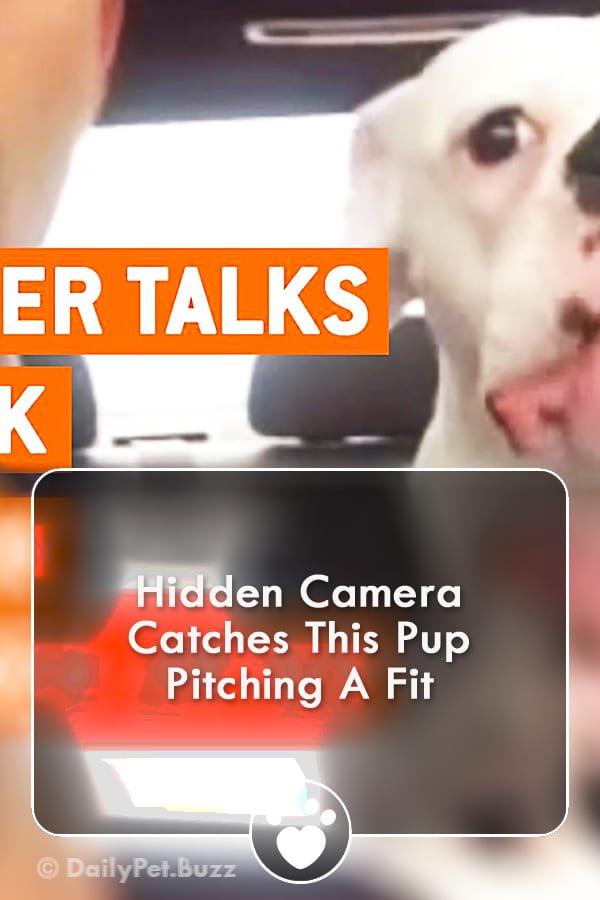